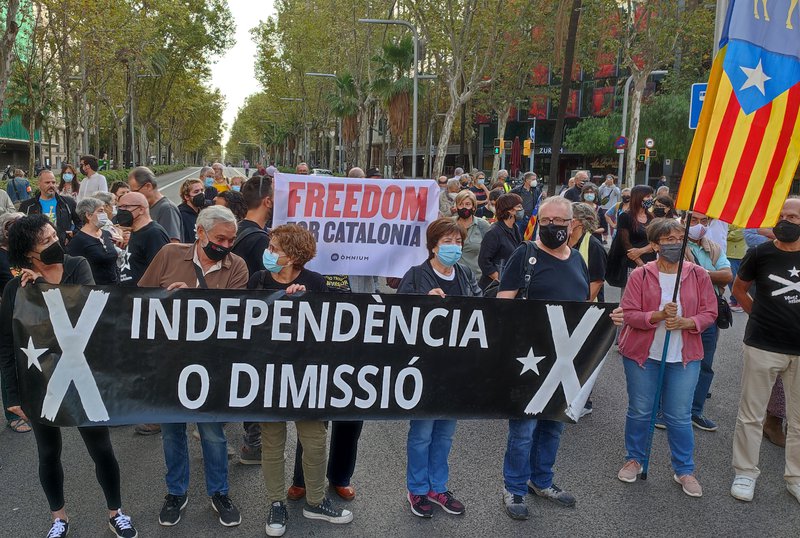 From ANC they have made an appeal to protest in front of the Italian consulate in Barcelona at 09:00. They claim, after learning of Puigdemont’s detention in Sardinia, that “Spain deceives the Luxembourg court” and that there is no possible agreement “with anyone who breaks the most basic rules”.

The meeting was also attended by Jaume Giró, Minister of Economy and Finance of the Generalitat of Catalonia, after suspending all the events scheduled for today, says in the tweet.

“Councillor Jaume Giró has cancelled today’s agenda events to attend the 9 h rally in front of the Italian Consulate in Barcelona, for the arrest of President Carles Puigdemont, and to assist in efforts to resolve the detention as soon as possible”.

ERC leaders also attended the rally called by the ANC in support of the former Catalan president. ” Amnesty” and “self-determination,” they said on Twitter.