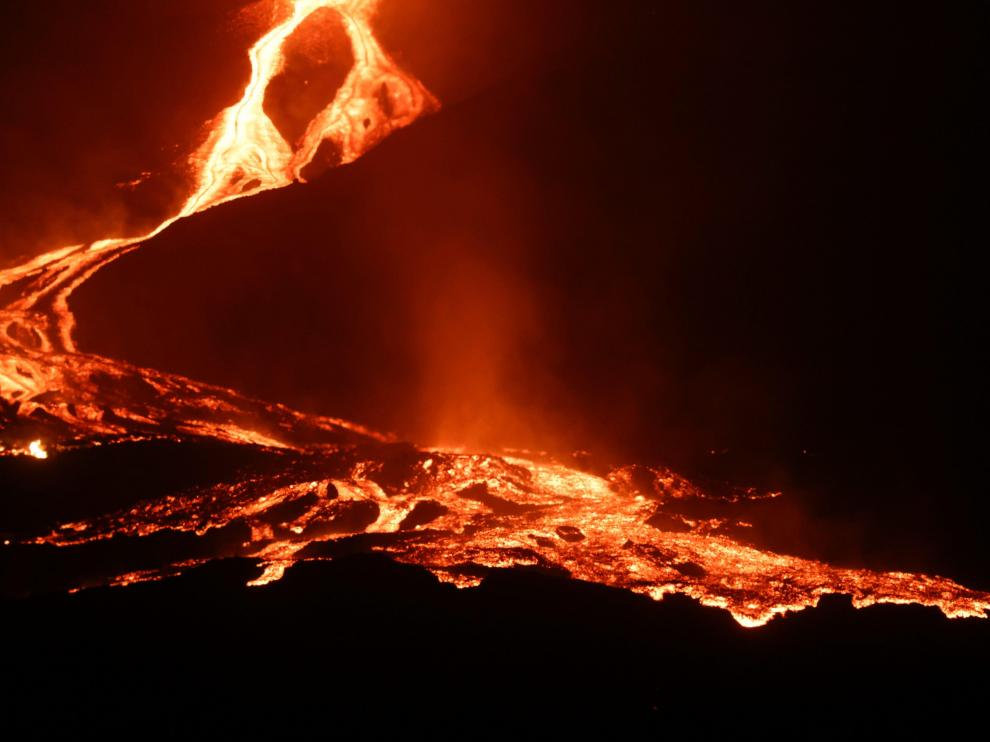 The lava that advances towards the sea in La Palma is located at a distance of 800 to 1,000 meters from the coast, according to the Department of National Security. “The lava is at least 1000 meters from the coast of Tazacorte,” said Miguel Ángel Morcuende, technical director of the Volcanic Risk Prevention Plan of the Canary Islands (Pevolca), in an interview on Canarias Radio. Late on Monday afternoon, a new flow of volcanic material emerged from the main cone and the lava began to descend above the previous flows at greater speed, becoming more fluid. The Cumbre Vieja volcano again increased its explosions and magma emissions during the afternoon after several hours of relative inactivity, as confirmed by the National Geographic Institute (IGN).