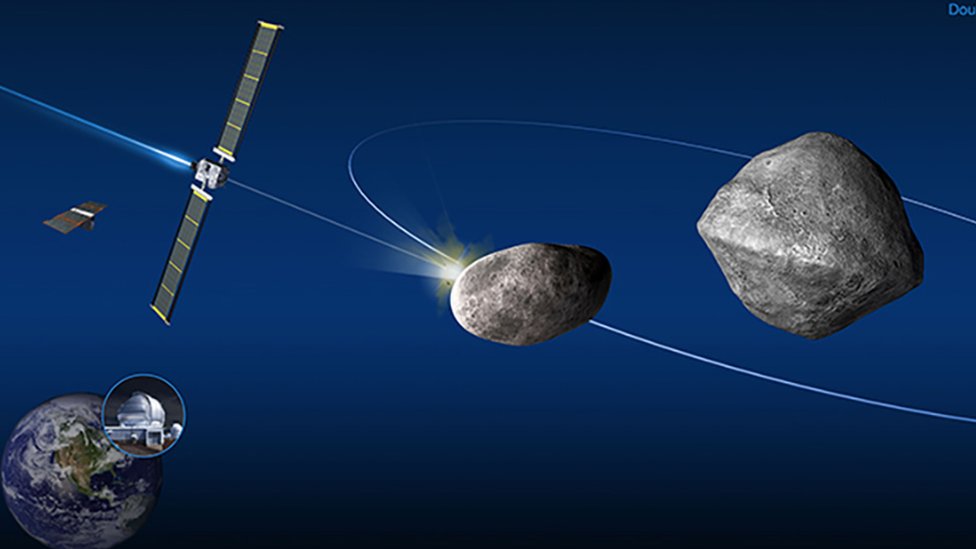 NASA is working on the DART mission this November when an spacecraft will be sent to crash into the asteroid ‘Demorphos’ in an attempt to reduce its speed and, eventually change its orbit and rotation. It will be a test that will allow us to act in cases of asteroids that may hit the Earth.

The launch is scheduled for November 24th 2021. The mission will depart from California, on the Space X Falcon 9 rocket.

The DART spacecraft, loaded with explosives, will hit the small asteroid and everything will be filmed by a small cube-shaped probe called LICIACube, which is part of the NASA mission.

The impact, as planned, will take place in October 2022. The DART aircraft will impact with ‘Dimorphos’ at a speed of 6.5 kilometers per second.

If successful, the DART mission will test humanity’s ability to deflect asteroids that are potentially dangerous to Earth.

NASA radars have been detecting asteroids that threaten to hit our planet for 53 years. So far, since records have been kept, 1,000 meteorites have passed near the Earth, almost 19 a year on average. But despite these data, our ability to react is virtually nil.

“This is an exciting time. I think DART will be an extraordinary demonstration ” Ed Lu, a former NASA astronaut and founder of the B612 Foundation, a non-profit organization working on asteroid detection and diversion, told ‘National Geographic’ magazine.

NASA decided to send a probe to the binary asteroid ‘Dimorphos’ in order to modify, even slightly, its original trajectory. The celestial object poses no danger and the impact will be 11.5 million kilometers from Earth.