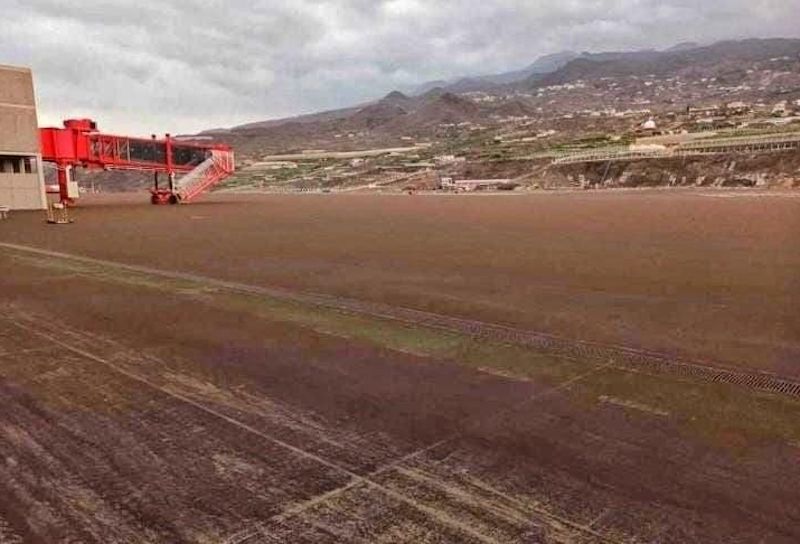 The runways of La Palma airport are covered this morning by the ash of the Cumbre Vieja volcano. The Scientific Committee warned on Wednesday that the direction of the wind was going to change, causing the ashes of the volcanic eruption of La Palma to disperse towards the part of the island where the airport is located.

Given this situation, the protocol established to guarantee security has been activated. AENA has highlighted that the rest of the airports in the Canary Islands operate normally.

The two companies that operate flights to La Palma from the other Canary Islands, Binter and Canaryfly, announced last night that they were suspending their connections with that airport on Thursday. The situation complicates the island’s external communications, but does not leave it incommunicado, as the regular maritime routes operated several times a day by the shipping companies Armas and Fred Olsen are still in service. Both airlines keep an eye on the evolution of the weather to recover the activity as soon as possible in safe conditions.

In the last hours the activity of the volcano of La Palma is maintained with “constant behaviors” while the lava circulates through a single flow of magma.

The delta created by the contact of lava with the sea continues to grow occupying 38 hectares. A lava tube has been formed that allows the direct outlet of lava to the sea, “which ensures that the width does not increase and therefore does not affect more constructions”. The area affected is almost 422 hectares.