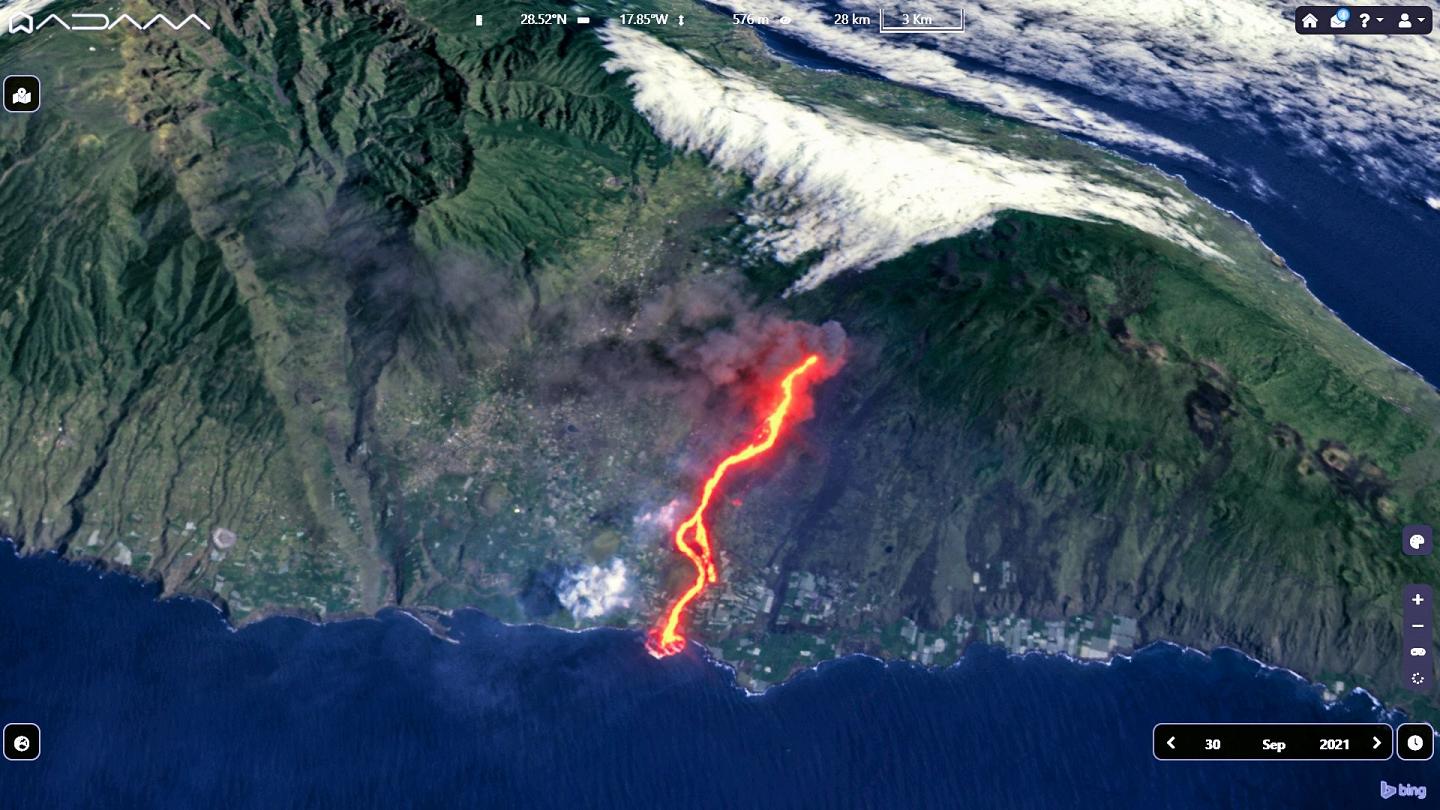 The lava that has deviated from the main flow of the volcano of La Palma could soon reach the sea causing a greater number of toxic gases emitted to the atmosphere. On the way to the Atlantic Ocean, this new branch has destroyed more buildings and plantations.

On the twentieth day of eruption on the island of La Palma the volcano continues its activity by throwing about 13,000 tons of sulfur into the sky. Earthquakes also continue to occur, the largest on Thursday being 4.3 degrees.

The lava flow of the Cumbre Vieja volcano has branched out into two, separated from the route followed by the magma at a distance of about 350 meters from the coast, between the beach of Los Guirres and El Charcón. On its way to the sea, it has also destroyed more banana crops, as well as deposits and some buildings.

Pevolca pointed out that there has been a deterioration in air quality, due to a thermal reversal at altitudes between 600 and 700 meters and the weak wind, which makes it difficult to dilute the clouds of ash and sulfur dioxide.

This situation, they said, will continue until Saturday and affects La Palma airport, which remains inoperative.

The technical director of Pevolca assures that the area affected by the lava reaches 431.2 hectares.

As for the La Palma volcano, the explosive level remains at two, on a scale of eight, and three emitting centers remain active in the crater and one on the north side of the cone.