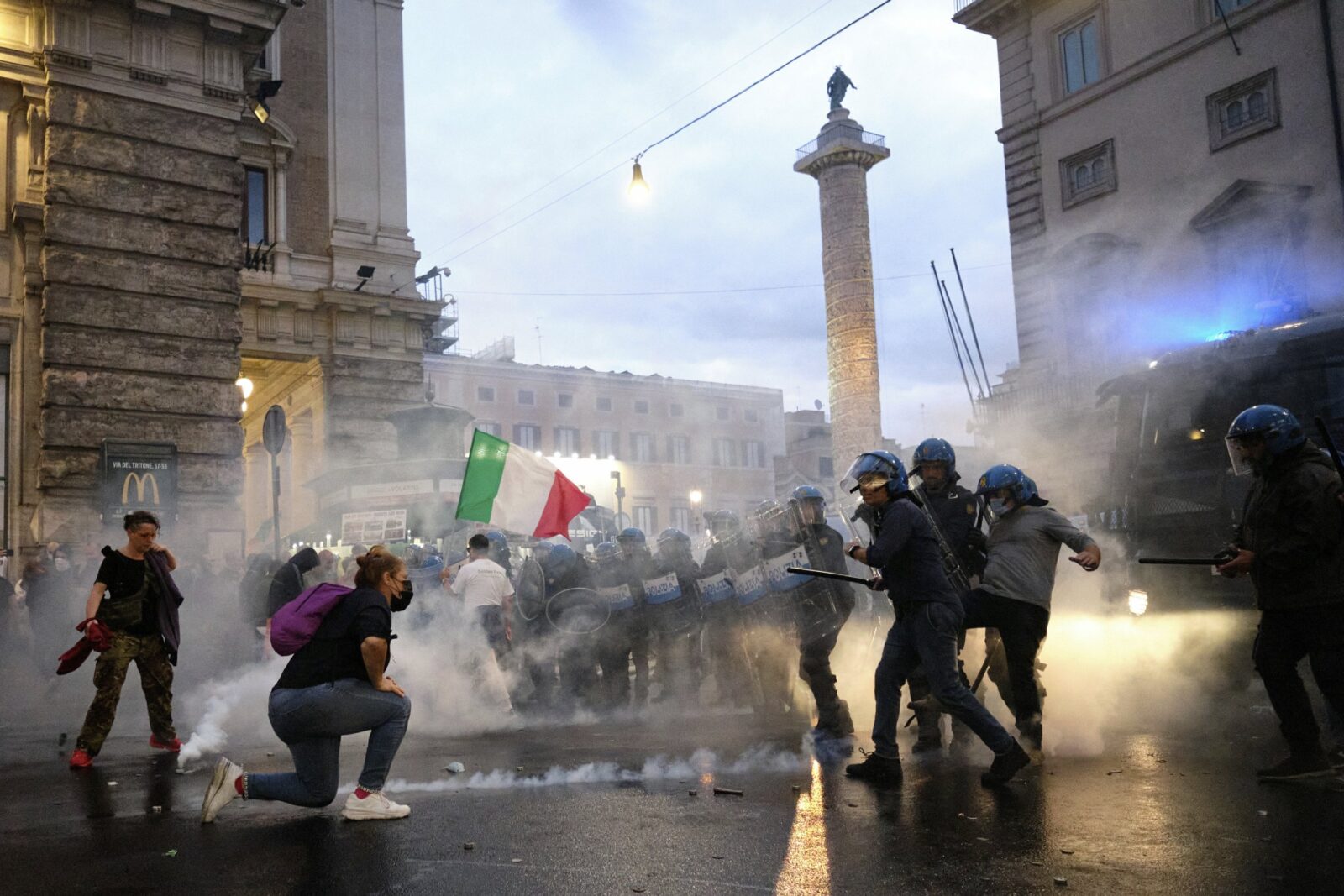 A group of people who took part in the protests in Rome against the neo-fascists assaulted the Emergency Service of the Umberto I hospital this weekend, wounding four workers.

Saturday was a busy day due to the call for protests in several cities against the government’s measures to manage the health crisis. But the omens were fulfilled especially in Rome, which ended in chaos.

Tension inevitably rose when firecrackers and smoke bombs were thrown at the executive headquarters, triggering the reaction of riot police, with pressure water hoses.

The clash resulted in 38 policemen injured, six hundred demonstrators identified and twelve arrested, among them the national leader of Forza Nuova, Giuliano Castellino, and the Roman responsible, Roberto Fiore, as well as another former member of the extinct Revolutionary Armed Nuclei (NAR).

Following the incidents this Saturday, Italy raised the need to outlaw the neo-fascist movements, which at this moment are fed by the malaise of the pandemic, after the chaos unleashed in Rome with the assault of a union and a hospital.

The demand also came from the National Association of the Partisans of Italy (ANPI) which, like many other politicians, paraphrased former President Sandro Pertini, emblem of anti-fascism: “Fascism is not an opinion, but a crime”.

Solidarity came from all sides: the leader of the Five Star Movement, Giuseppe Conte, called for swift legal action, and the conservative Silvio Berlusconi phoned Landini to convey his solidarity.

The conviction also came from the far right, which nevertheless made clear its understanding with those who peacefully demonstrated against the sanitary passport.