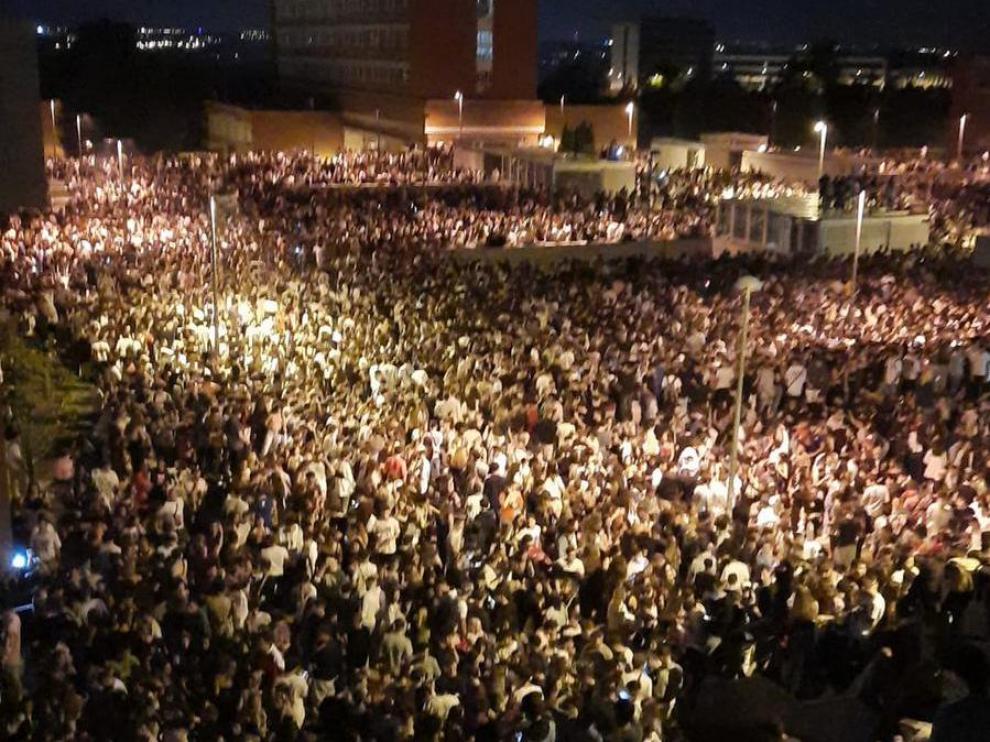 A macrobotellón in the West park in Madrid has finished with the arrest of 55 young people, after violent altercations and new robberies to adolescents that were gathered there. In addition, according to the Madrid Emergency Report, there were 2 sexual assaults, 9 assaults, 1 stab wound and 10 people treated for alcohol comas.

Several groups of young people were staging public disorder around 2 in the morning. When the officers arrived, several groups of people began throwing bottles and other objects.

Following these altercations, the Police have arrested 12 people for robbery with violence, 4 of them minors, 2 people for attacks against authority, 5 for rioting and 21 for public disorder.

After this intervention with numerous detainees, at about 4 in the morning the altercations resumed, when the agents tried to dissolve several groups of young people who were still gathered drinking in the park.

Following the altercations, four youths were arrested for public disorder and damage to urban furniture. Several young people have been treated by Samur Civil Protection officers for falls, alcohol poisoning or minor injuries.

On the other hand, there have been no incidents in other areas of the capital during the early hours of this Sunday, nor in the festivities of the district of Pilar, where the night has been quiet, as well as in the park of Berlin, although there has been an increase in the number of botellones compared to the early morning of Saturday, according to sources of the Municipal Police of Madrid.

Emergency health services have treated and transferred to hospital four people, males between 21 and 38 years of age, who have been injured by a knife and of various consideration in three fights registered in a macrobotellón celebrated this morning in the university area of Cartagena, next to the campus.