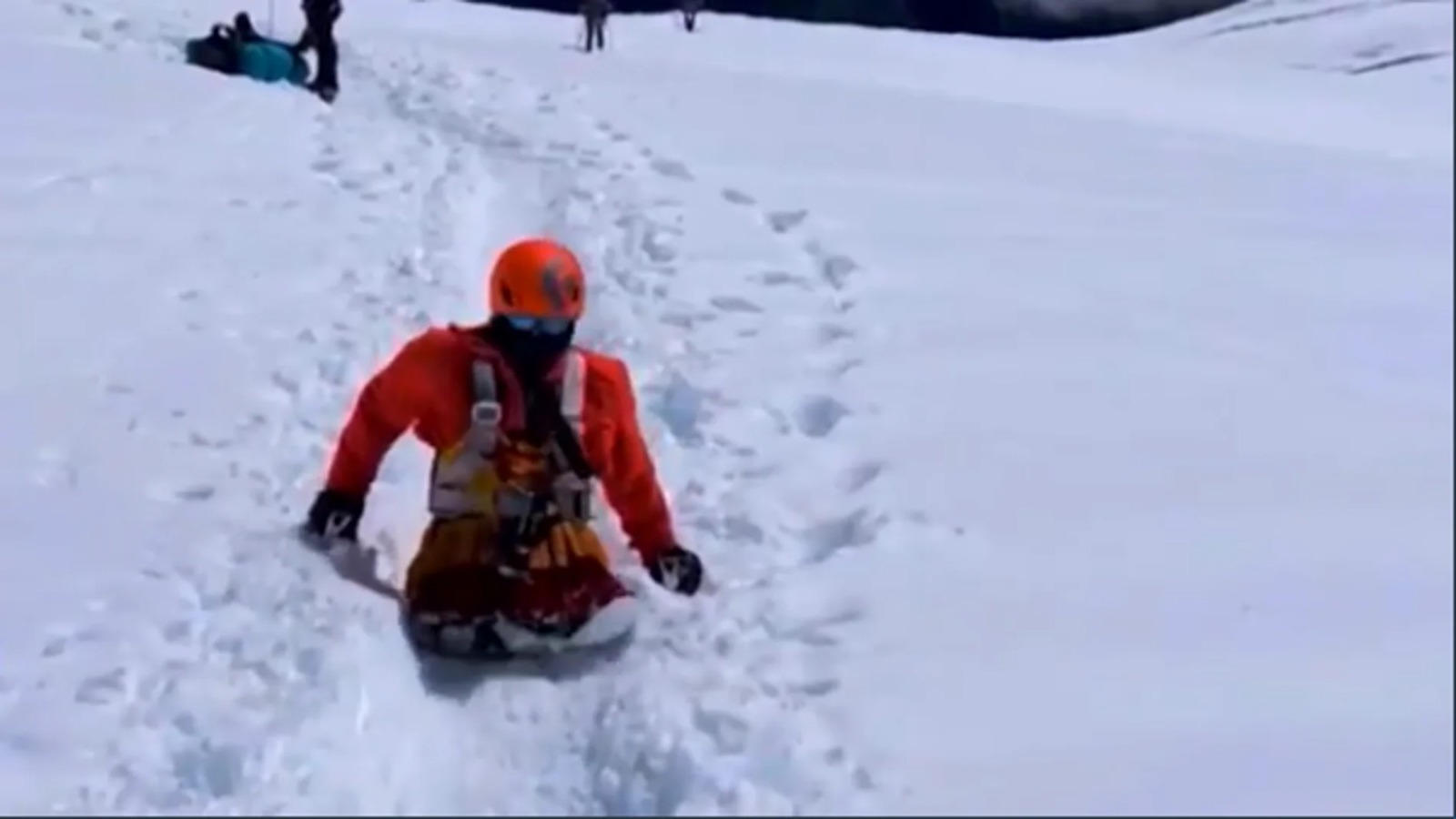 Russian paratrooper sergeant has climbed one of the 14 8 thousand meter mountains in the world, without legs. This is Rustam Nabiev, the parachutist has managed to conquer, only with the help of his hands, the eighth summit of the world in the Himalayas. Rustam Nabiev lost his legs in a collapse of the barracks.

Mountain climber Rustam Nabiev climbed the 5,642-metre-high Mount Ebrus, known as the roof of Europe. But now he has surpassed his record and climbed the 8,163 meters of Mount Manaslu in the Himalayas.

“I promised myself and the people who believe in me,” said Rustam Nabiev. They estimate that he has taken 105,000 steps with his hands to climb the mountain. The aides had to give him painkillers to make him endure the pain.

In addition, beyond the known ‘death zone’ he had to use complementary oxygen.

“Few believed in this, but I did! On October 2, 2021, at 10:00 a.m., I was standing on top of Mount Manaslu, at 8,163 m. I wrote a new page in the history of modern mountaineering, becoming the first person in the world to climb an eight-thousander with only my hands. I dedicate this upload to my mother’s memory. I love you!” he wrote in the Intagram post.

On the way to the top, he was accompanied by a team that helped him, whom he wanted to thank for his success: “I want to thank my team very much, thanks to which I was able to achieve such a result. ¡ With these people, we have made the history of modern mountaineering!”.