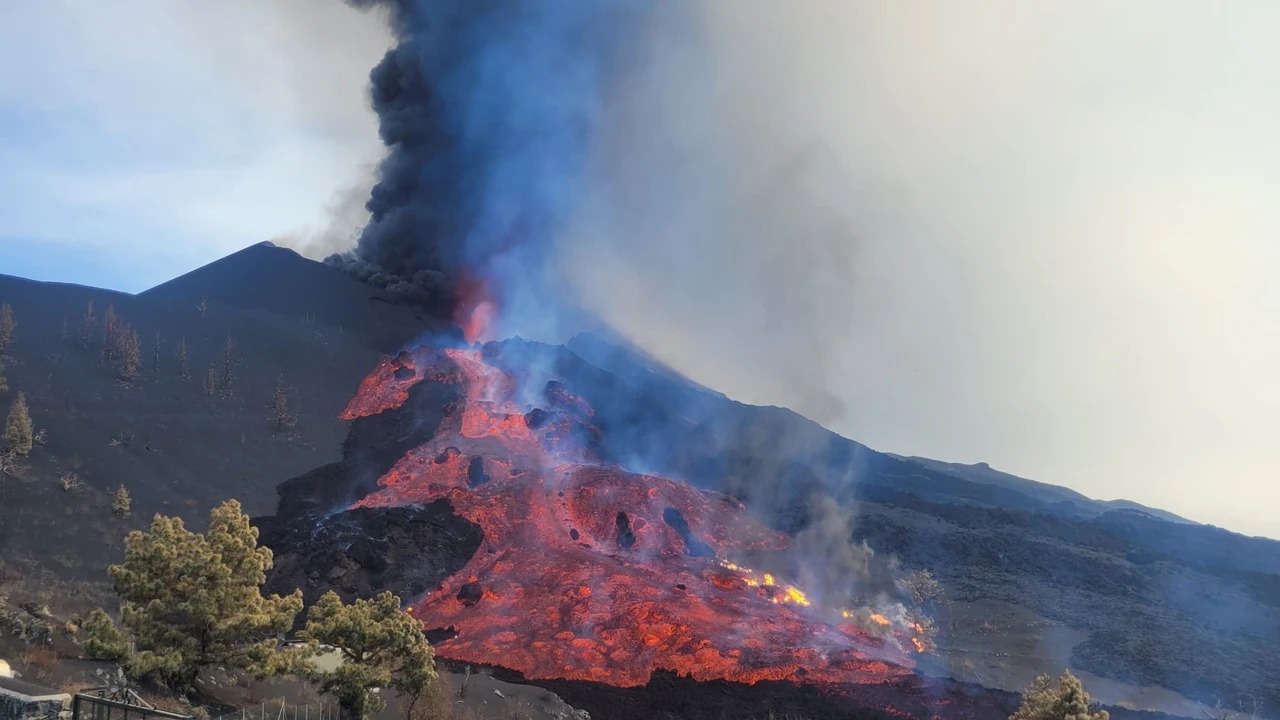 The arm of the last lava flow of the La Palma volcano is running along the north of the island. It does not move at high speed, but is increasingly viscous and transports large blocks of stone, which can be measured as a three-story building. Miguel Ángel Morcuende, Technical Director of Pevolca, explained that “it has an enormous power at the moment”.

It is also the lava flow from the volcano of La Palma that is now the steepest. ” This is the one that worries us most because it can move to areas that were not evacuated” said Miguel Ángel Morcuende. For this reason, the evacuation of new areas of La Palma has begun.

It’s moving to the north. It has already razed the industrial estate of the alley of La Gata. “The ideal option of going to sea is not being completed,” said Vicente Soler, CSIC volcanologist. It is expected to cross the town of La Laguna, where many homes have already begun to be destroyed.

The smoke column of the La Palma volcano, which is more than 3,000 meters high, and the expulsion of ash could complicate the life of the palmeros today, October 13. At the moment, there is nothing new, but the airport of La Palma would remain closed, so flights will still be canceled. Tenerife Norte airport could also be in a similar situation.

At the moment, there are no flights to La Palma airport and forecasts in this respect are not good. The volcano of La Palma is still far from ceasing in its activity. ” There is no reason to think about the beginning of the end of the eruption of the La Palma volcano” explained Vicente Soler, CSIC volcanologist.