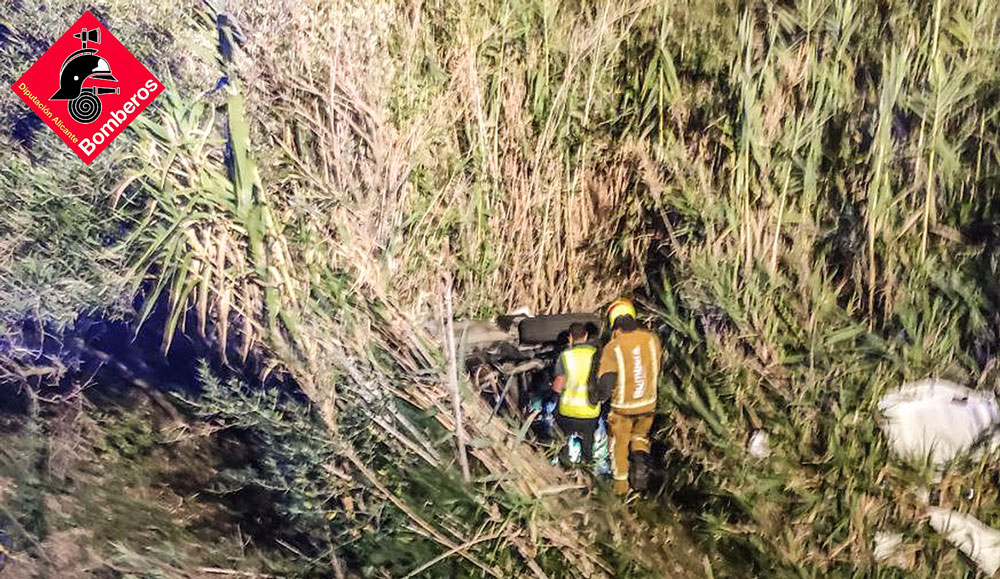 A 55-year-old woman died on Wednesday evening as a result of a car accident in the municipality of Xàbia. The incident occurred at 8.45 pm on the Gata road. The victim was travelling with three other members of the family, who were seriously injured and taken by ambulance to the hospital in Denia.

The accident occurred when the car went off the road and was overturned on one side of the road, with three people trapped inside. The investigation was conducted by the Guardia Civil, which also had to close the Gata road to traffic during the rescue work, which ended at 10.46 pm.

As for the condition of the other three people, a 35-year-old woman and a man whose age has not been specified suffered from polytraumatism. And finally, a 25-year-old was treated for polycontusions.

Two SAMU units, two SVB units and an SVB Red Cross ambulance were brought to the site. And on the part of the Provincial Fire Brigade, an UMJ, command unit, headquarters, a BUP, an FSV, various rescue van, a sergeant, a corporal and 5 firefighters from the Denia park intervened in the operation.