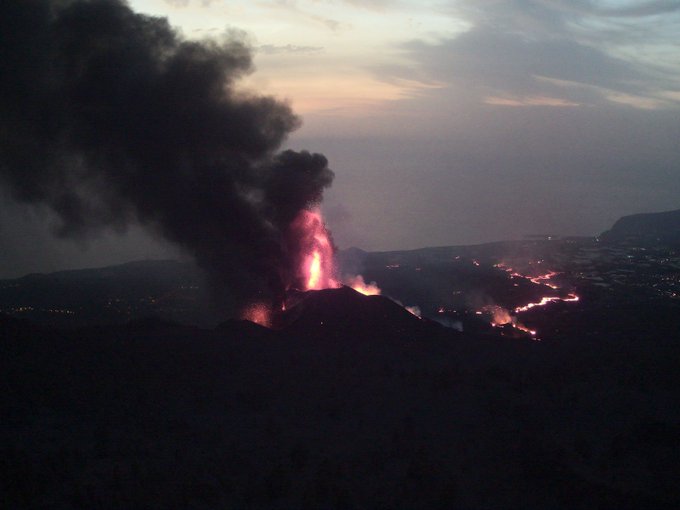 The eruption of the volcano of Cumbre Vieja on the Canary island of La Palma, which has already been going for 31 days, has resulted in the evacuation of another fifty homes in Tazacorte and Los Llanos de Aridane, by advance of the north wash, and near the coast.

On this occasion, more than half a thousand residents of the neighbourhoods of Las Martelas, Marina Alta, Marina Baja, The Countess and Cuesta Zapata had to be evacuated on Wednesday because they were in the way of a lava wash that has passed the mountain of La Laguna.

There are already more than 860 hectares affected and 2,185 buildings destroyed, according to data from the European Copernicus program, and there are thousands of people affected, with more than 7,000 evicted.

A total of 4,500 students from the localities most affected by the eruption of the volcano, Tazacorte, El Paso and Los Llanos de Aridane, have been able to return this week to school after a month without attending school due to the volcanic eruption.

In addition, scientists are studying a change in the most recent eruptive mouth of the volcano that opened last Friday, the one further east, which until now emitted gases and ashes, this Wednesday has begun to expel lava.