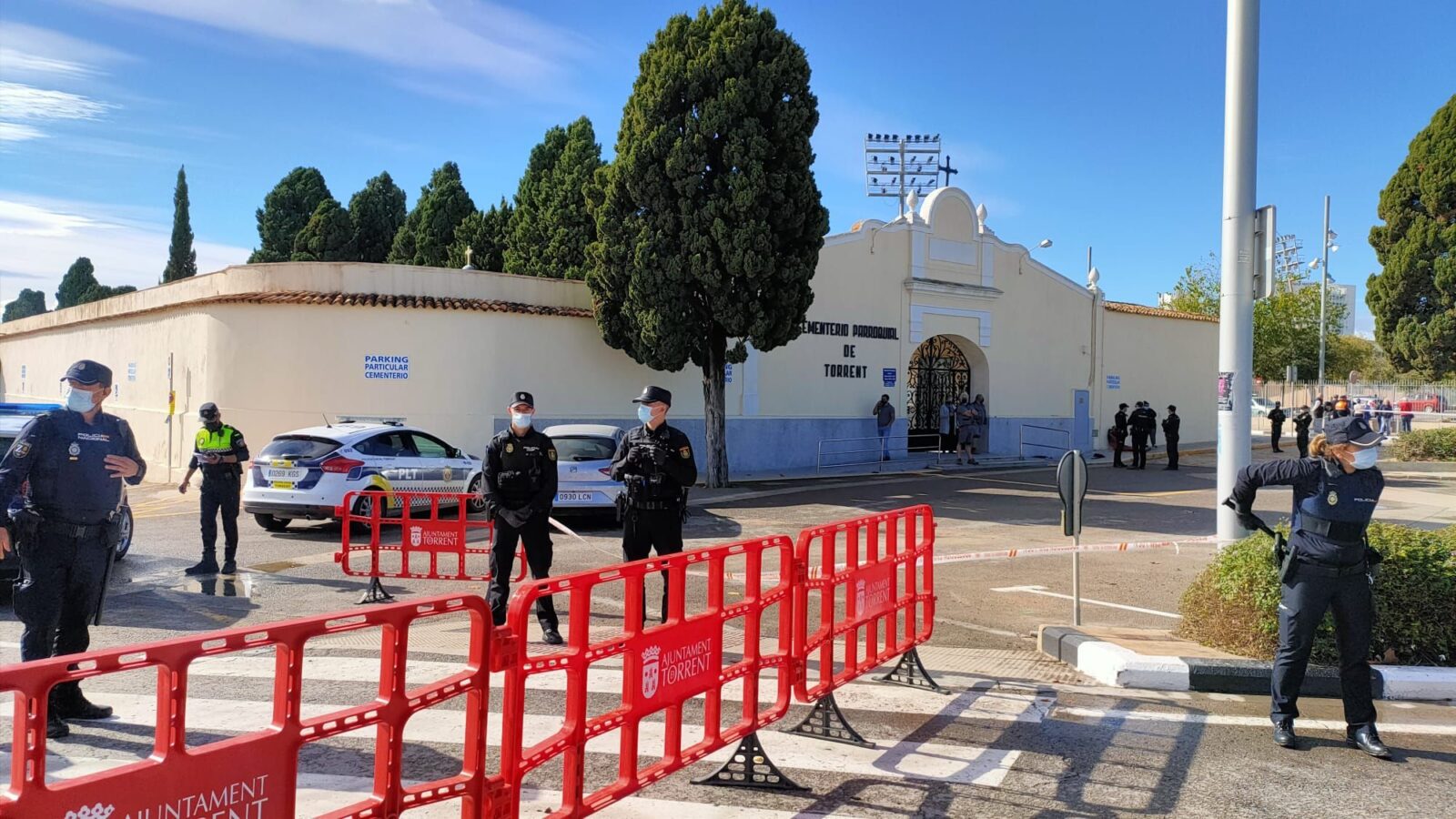 In the cemetery of the Valencian town of Torrent, a shooting took place on the morning of this Monday on All Saints Day, which caused at least two deaths, one of them, aged 45, from a gunshot wound and another, unrelated to the confrontation, by a heart attack after being hit by another projectile in the side. In addition, a third person is reported to have been injured.

The deceased and the wounded belong to a Gypsy family called Los Bocanegra. According to the first police investigations, the shooting took place for revenge due to another brawl between two family clans that took place in 2016 and that ended up with 4 people injured in the Xenillet neighborhood.

Several police patrols went to the scene. Police officers had cordoned off the area and closed it to the public.

It’s not the first time something like this has happened between rival families. In 2018, also on All Saints Day, the Torrent Local Police received a warning that a shooting had occurred inside the cemetery. On that occasion, the rapid action of the officers prevented injuries, but the officers found that the families had made threats.