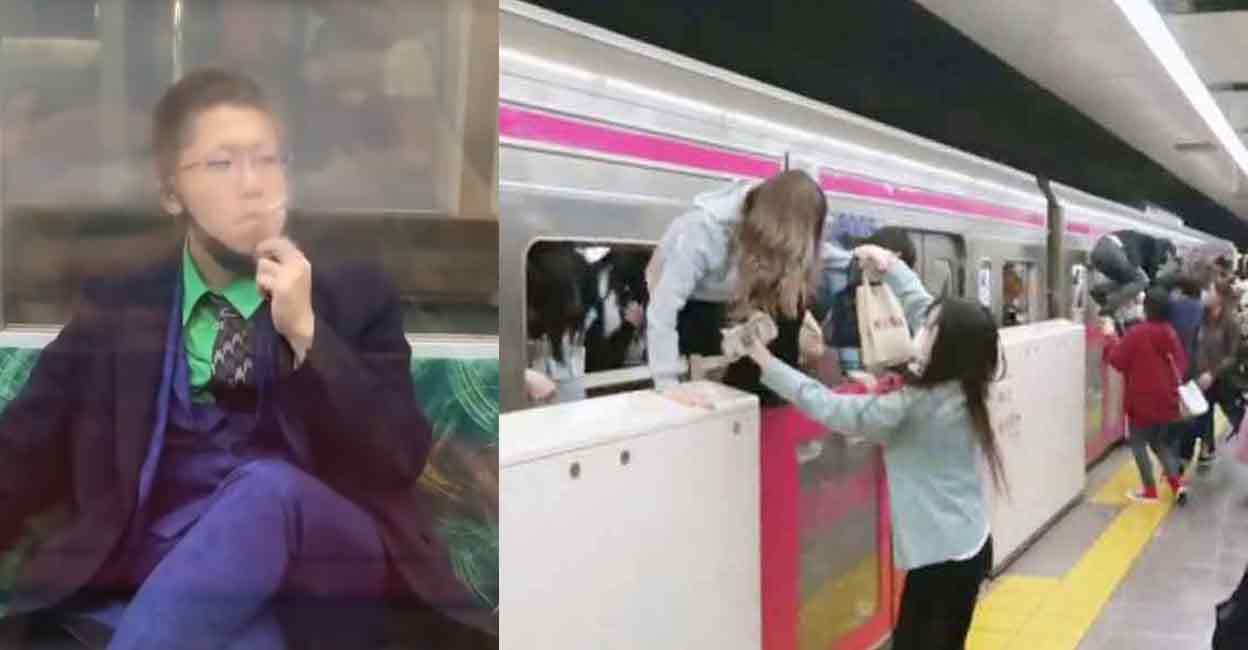 The 24-year-old who on the night of October 31 sowed panic in the Tokyo subway was looking to end the life of a passenger so he could be sentenced to life imprisonment, according to what he confessed to the police.

The man, dressed as Joker and smoking inside the wagon, used the knife that passengers took as an accessory to the costume and attacked several people, leaving 17 wounds; one of them serious. He also set fire to the car he was travelling in.

Kyota Hattori, 24, was arrested after the incident, which occurred around 20:00 local time on a Keio Line train bound for Shinjuku Station, one of the busiest in the world, on Halloween Day and National Election Day.

A septuagenarian male is in critical condition after being stabbed in the chest, while the other 16 victims suffered slight stab wounds and smoke inhalation, according to details of the incident published this Monday by local media.

According to eyewitnesses, Hattori got on the train holding a knife in one hand and a plastic bottle in the other, and walked through the wagon without arousing suspicion because he was disguised as the Joker, one of the villains of the Batman franchise. The passengers thought the weapon was part of the characterization.

Hattori told investigators he has admiration for the comic and film series’ antagonist, police sources told the Kyodo news agency.

After attacking with the knife, the man moved to another car, sprayed the seats with flammable liquid and set them on fire.