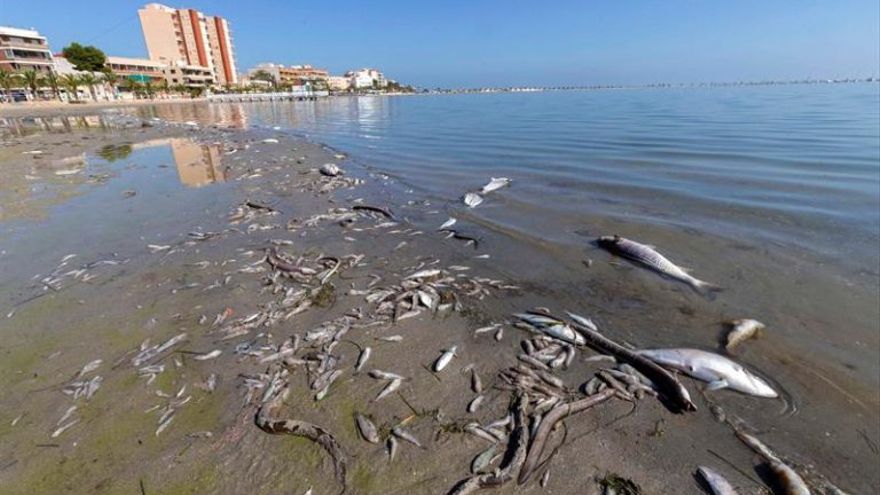 The Government will invest 382.25 million euros until 2026 to recover the ecosystem of the Mar Menor. This has been announced by the Third Vice President and Minister for Ecological Transition and the Demographic Challenge, Teresa Ribera, who has presented a document of actions and measures to scientists, leaders of agricultural organizations, and representatives of research centres from the Region of Murcia in a meeting this afternoon with the president of the community, Fernando López Miras.

Despite the investment, the third vice-president wanted to stress that “it will be easier” the environmental recovery of the lagoon if there is coordination with the regional government, municipalities and farmers.

Ribera has specified that the plan, called ‘Framework of priority actions to recover the Mar Menor’, contemplates allocating 149.65 million euros from the general State budget of 2022, with an extension to 2023 due to the complexity of the actions, while the remainder of the items will cover until 2026.

The Miteco plans to allocate 157.4 million euros to the fifth of the ten axes that make up this initiative, focused on flood risk management and actions to reduce the polluting load of the Campo de Cartagena aquifer. Thus, 101 million will be devoted to preventing the runoff of flows with nitrates and other pollutants through public channels, another 14.9 for the renewal of the drive of the Rambla del Albujón and 51,5 million for sanitation and purification in the Mar Menor basin.

In addition, the Confederación Hidrográfica del Segura (CHS) will have allocated more than 27 million euros for the reinforcement of the staff dedicated to the control of the Water Law, the sealing of the connections of the illegal irrigation, the action on the aquifer of the Campo de Cartagena, the delimitation of public channels, the revision of permits for the discharge of waste water and the control of livestock farms.

In this regard, Ribera has hoped that these items will serve to accelerate, with the “involvement” of irrigation communities, the files to dismantle until March 2022 all the approximately 8,500 hectares of illegal irrigation detected by the CHS in the Campo de Cartagena. A further 140 million will be devoted to the restoration and environmental improvement of the Mar Menor basin through nature-based solutions, including the creation of a green belt around the lagoon.

In this sense, Ribera has opted to agree with the irrigators with farms less than 1,500 meters from the shore of the Mar Menor the change of current crops for others that allow to create a “mattress” that stops the arrival of pollutants to the lagoon, serving as “drainage and filter”.

To this end, it has advocated that the regional government and the Ministry of Agriculture, Fisheries and Food, which are competent in this area, prioritise this action by taking advantage of the new cycle of aid under the Common Agricultural Policy (CAP).