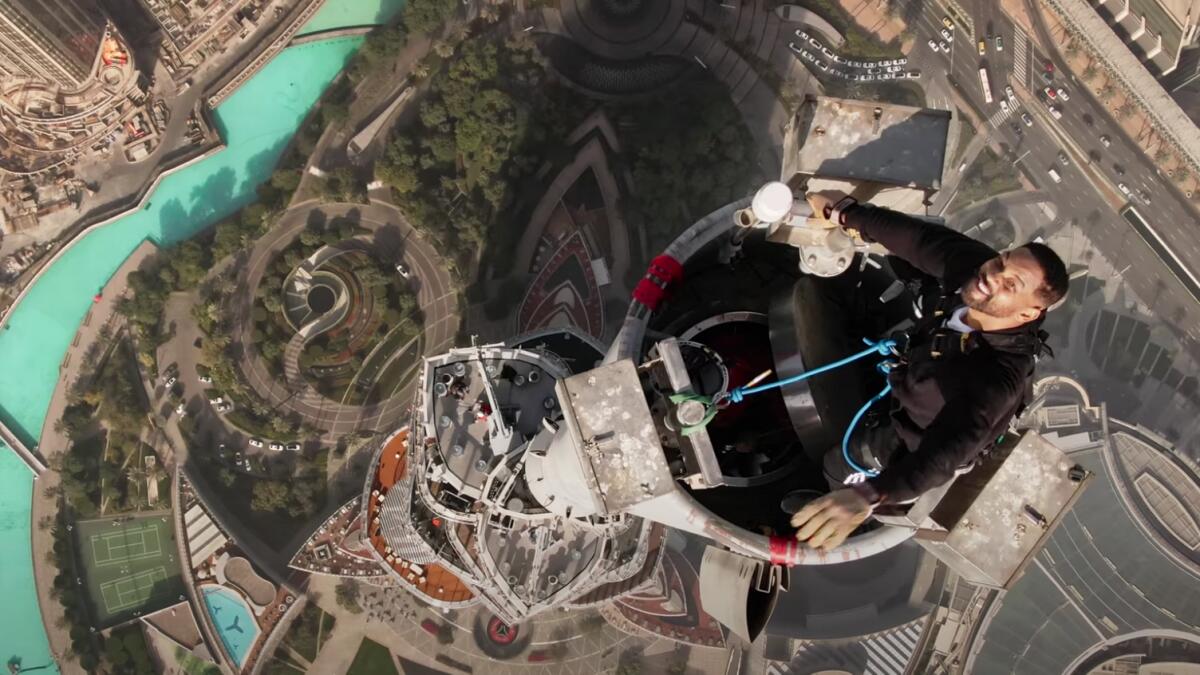 Will Smith has climbed to the top of Dubai’s Burj Khalifa, which is the tallest building in the world. He has posted a video on his social networks that is impressive. The building is 828 meters high and has 160 floors. The actor, 53, has explained that he set out to reach the highest point of the famous skyscraper as a great challenge.

This is not the first challenge he faces in this style. This time, a drone shows aerial images that show how Will Smith lived that unique moment. The video has already received millions of visits on social networks, specifically on YouTube. This is a new episode, the second, of his new show ‘Best Shape of my life’.

This challenge was born as a goal that was proposed after a disappointing beginning to lose weight. In the video, you can see the arrival of Will Smith to the building and all the journey he makes to reach the summit of the structure. A drone allows you to see the aerial shots that show how the actor lived that unique moment.

Will Smith’s new YouTube series is full of fun moments and some intimacy brushstrokes. In it, he shows his most vulnerable side as he takes on the challenge of regaining his physical condition after having gained weight during the coronavirus pandemic.

“The guy’s a legend,” “Thank you, Will, for being honest and open. It’s so inspiring, “”Will has motivated me to become the best version of myself physically and mentally,” were some of the messages Will Smith followers left on social media. In a single day, it has reached more than 300,000 visitors.

On his visit to Dubai, the actor also dived into the deepest pool in the world. “A friend told me I had to see this pool. There’s something weird about it, “he says, moments before submerging a camera underwater.

The pool Will Smith went into has a depth of 60 meters and a filtering system that renews water every 6 hours. “This gives a new meaning to the deepest part of a pool. It’s crazy, “the actor adds in reference to Deep Dive Dubai, which needs the huge amount of 14 million liters of water to fill, the equivalent of six Olympic pools.