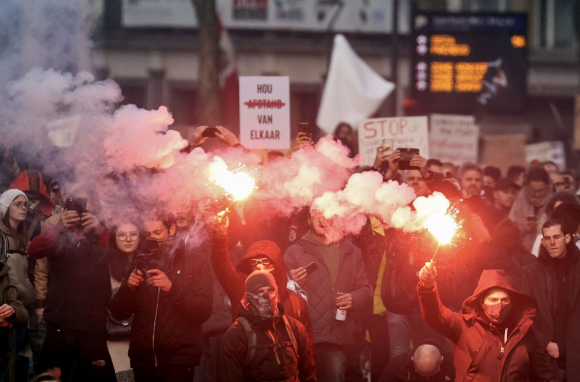 Austria is living its first day of confinement after the increase of cases and incidence by Covid-19 in the country. Home confinement for at least 20 days in the midst of the multiple protests experienced by several countries in Europe in view of the increased restrictions.

The situation of the increase in Covid-19 cases in Europe is of increasing concern. So much so that, as the WHO has indicated, if the situation does not change, there could be up to 500,000 deaths by March.

In particular, in Austria, tens of thousands of people have taken to the streets of different cities in the country to protest against a confinement that has resulted in the arrest of more than a dozen people following their confrontation with the police.

The fact is that the more than 1,717 cases per 100,000 inhabitants in the last 14 days that the country has suffered -the highest figure in the European Union- have led the Austrian Executive to make a determination: to be the first European country to resort to confinement, the fourth that its population has lived since the beginning of the pandemic.

It should also be recalled that another measure taken for the Austrian population is to make vaccination compulsory from next year.

In other countries of the continent, despite not taking extreme measures such as Austria at the moment, they have also taken to the streets. This is the case in Belgium, where there have been protests against the new requirement to present the Covid-19 certificate for access to public spaces, as well as the mandatory vaccination for sanitary facilities and the use of masks in indoor spaces.

For its part, in Rotterdam the protests have resulted in more than 50 people arrested for clashes with the police.

Mobilizations are not ruled out in Germany, although for the moment the country led by Angela Merkel is staying calmer to the wave of protests in neighboring states. However, everything can change this week when the requirement that only people vaccinated, recovered or with a recent negative test can travel on public transport applies. And not only that. As in Belgium, only those with Covid-19 certification will be able to access bars and restaurants.