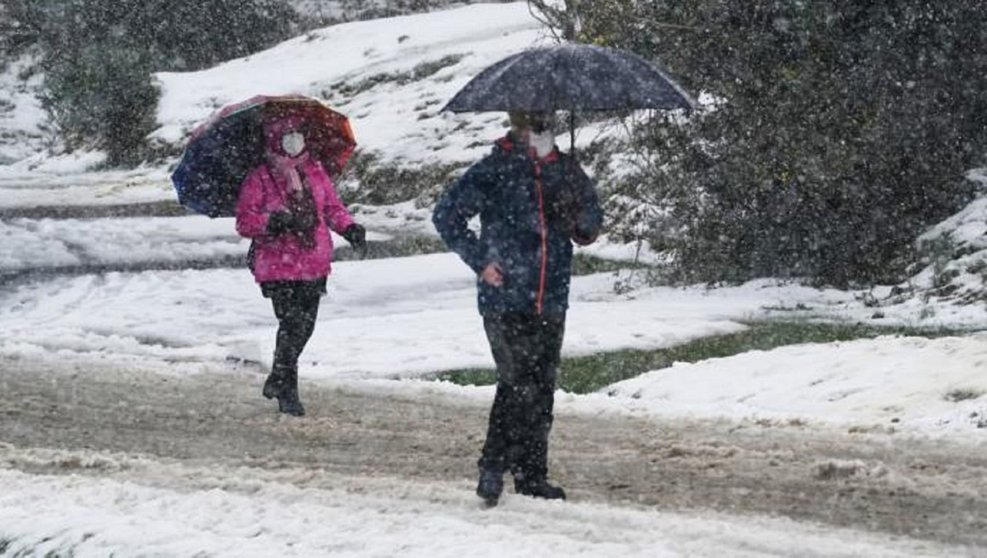 Some parts of the country are on alert for bad weather from the DANA: cold, wind and snow. Up to 11 communities are on alert this Monday, especially in Aragon and La Rioja, where snowfalls can leave up to a thickness of 20 centimeters in 24 hours, the State Meteorological Agency (Aemet) reports.

The storm of rain and snow that affects much of Spain has triggered alerts and the Ministry of Transport has prepared 412 snowplows, while the DGT recommends planning road trips.

The influence of an isolated depression at high levels (DANA) will cause a drastic change in the weather, according to the warning of the State Meteorological Agency (Aemet), which points out that Aragon is in orange alert for snowfalls, and Asturias, Cantabria, Castile and Leon, Castile-Castile La Mancha, Catalonia and Madrid will be on yellow alert.

This week begins with a DANA and a cold and snow storm that will affect several points of the Peninsula. Aragon has orange warning (significant risk) in the provinces of Teruel and Zaragoza due to an accumulation of snow of 20 centimeters above 800 meters in 24 hours; in the Iberian zaragozana the warning refers to the western half.

La Rioja has also activated the orange level in the Iberian region of La Rioja due to snowfall, where thicknesses of about 20 centimeters are expected in 24 hours in a height of snow close to 1,200 meters.

In the Community of Madrid there is yellow warning (risk) for snow up to 10 centimeters thick in the mountains with accumulations above 1,000 meters, and mainly in the northern part of the mountains. In the south of the Community, Las Vegas, west, metropolitan and Henares, a snow accumulation of 2 centimeters is expected in 24 hours, above the 800 meters that, punctually, could descend to 600 meters.

In Cantabria and Asturias they have yellow alert for snow in points of Liébana and center and valley of Villaverde, and in Picos de Europa respectively, for snowfalls that will leave around 10 centimeters thick around 700-900 meters in 24 hours.

All the provinces of Castile and Leon, except Zamora and Valladolid, have activated the snow alert that will accumulate 10 centimeters in 24 hours; Aemet warns that the height of snow will start at 1,400 meters and could go down to 800 or 900 meters.

In Castilla-La Mancha, only the provinces of Cuenca and Guadalajara maintain the yellow level by snowfall with a thickness of 2 centimeters above 800 meters, mainly in the north and east of Guadalajara; at altitudes above 1,200-1,300 meters the thickness reached will be greater.