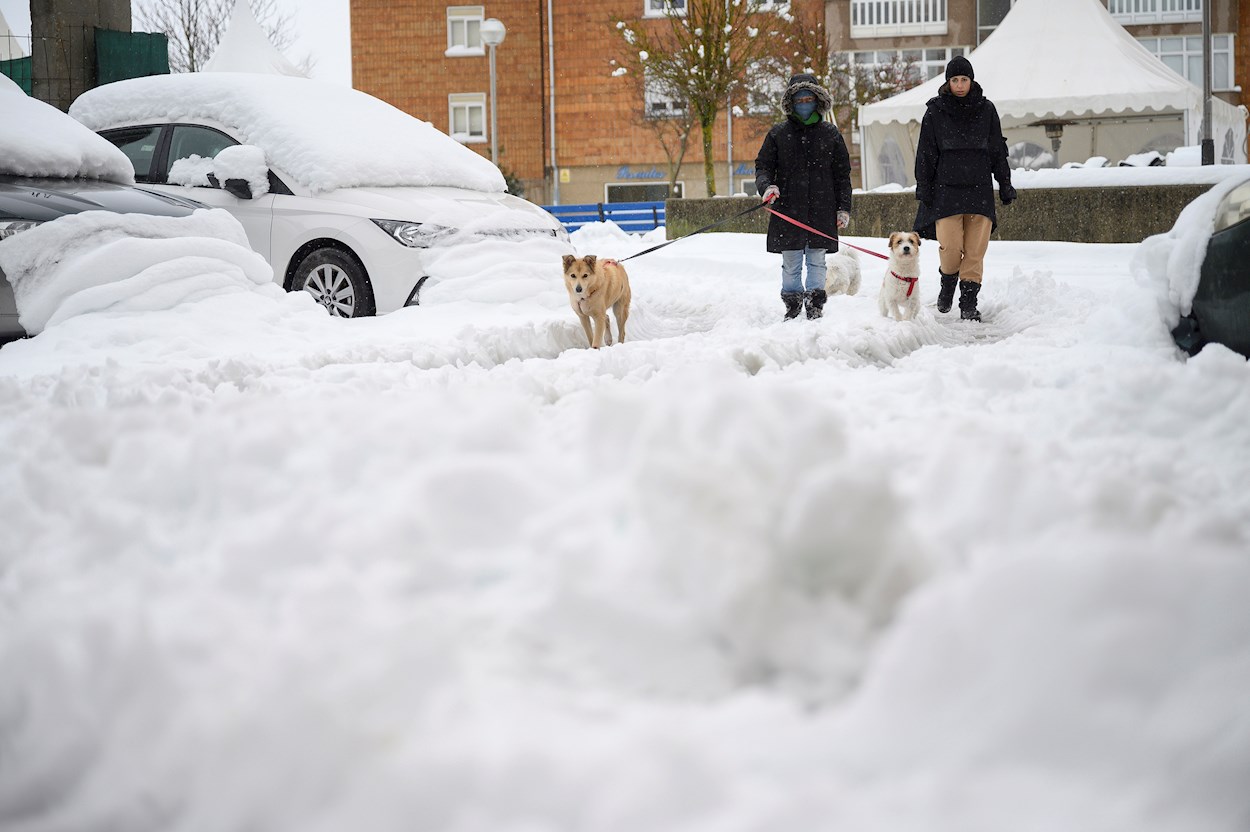 Snow and cold have continued to be protagonists this Sunday in the north peninsular; three communities, Cantabria, Navarre and the Basque Country, have dawned on high alert (red) for extreme risk of snowfall due to the passage of the Arwen storm. The Guardia Civil has had to rescue more than 1,000 trucks that have been trapped in the snow tonight in Rubena, in the province of Burgos.

The snow storm complicates the traffic with greater incidence on the roads of the Aragonese Pyrenees, with 21 sections where the use of winter chains or tyres was necessary and the traffic of trucks and buses was prohibited, and in the mountains of Teruel, with 8 sections under the same conditions and a closed road in Valdelinares. The wind was also been the protagonist in some areas of Catalonia, Andalusia, Aragon, Murcia, Valencia and Community of Madrid, with maximum gusts between 70 and 85 kilometers per hour.

Today the situation improves. In much of the country, a progressive trend towards stabilization is expected, although precipitation will continue in the extreme north of the peninsula and the snowfall will rise. Temperatures will experience an almost generalized sharp increase, except in the Canary Islands, where they will drop slightly.

On Saturday and Sunday the General Directorate of Traffic (DGT) had asked drivers to avoid road trips in the northern part of the peninsula, especially in those municipalities on red or orange alert for risk of heavy snowfall. In its recommendations, the DGT had recalled that the left lane must be left free to allow the passage of maintenance vehicles and snowplows, and to pay attention to signalling.