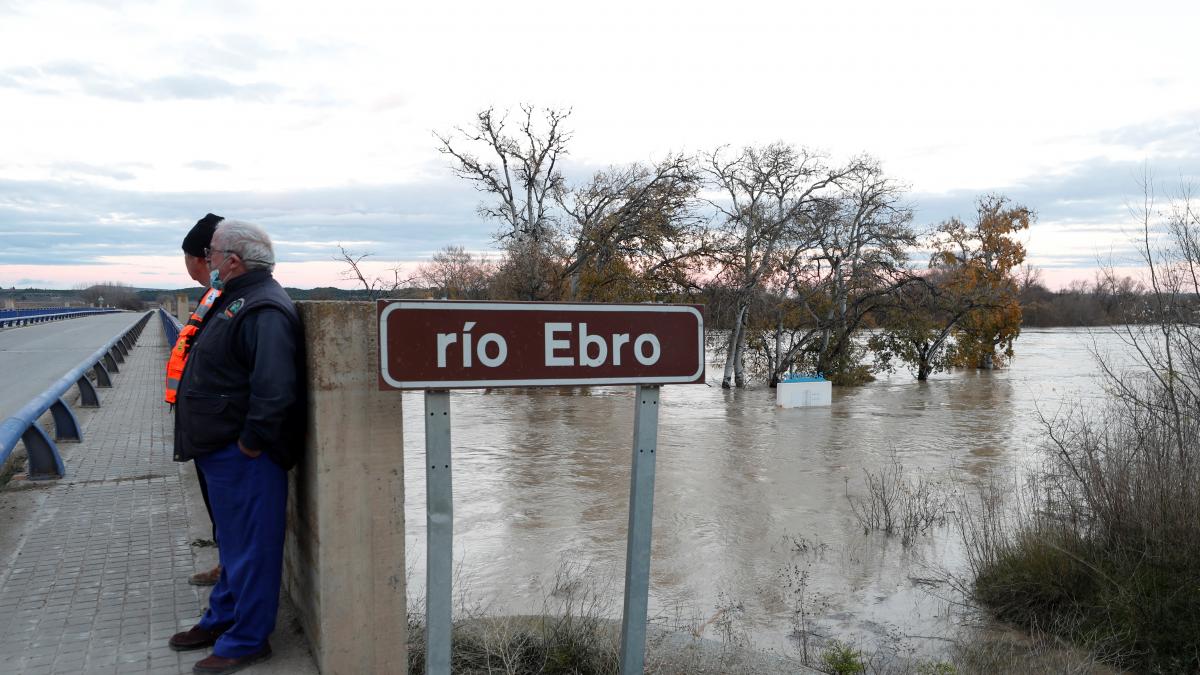 The Ebro River continues to grow and is about to overflow. Rosa Serrano, a government delegate in Aragon, has said that they are preparing for “the worst”, for the slowest flood of recent years and for the worst flood since 2015.

This flood as it passes through Tarragona, has forced in several localities to cut the accesses to the river and close some services of the boats that cross the Ebro. No major complications are expected in this area.

The flow of the Ebro river in Zaragoza is 1,700 cubic meters per second. The height of the water is close to five meters and Zaragoza has been on alert for three days with more than 200 workers trying to control the situation. Javier Lambán, president of Aragon, announces that he will request the central government to declare a catastrophic zone.

“The worst forecasts so far have not been met but this extraordinary flood forces us to be alert,” said the president of Aragon.

According to the latest forecasts of the Ebro Hydrographic Confederation, a maximum of 1,459 cubic meters will be reached in Ascó (Tarragona) during the next hours. In Tortosa (Tarragona) will remain at 1,412 cubic meters and will descend gradually. The Ayutamiento de Tortosa has already closed access to the river as a preventive measure. A little further north in Tarragona, in Miravet, the passage by boat does not work due to the riverbed.

Mequinenza and Ribarroja are at 72% and 83% of their capacity respectively. This allows to decrease the growth of the Ebro in its final stretch.

Novillas (Zaragoza), is the city where the greatest peak of the flood in the community is expected. The volume of the Ebro flood reaches 3,662 cubic meters per second. At the moment, 55 residents of 23 homes on Pablo Herraez Street have been evacuated.

The Military Emergency Unit (UME) works at a high rate to protect and avoid the damage that can cause the overflow of the river. HEU excavators have been responsible for the controlled breakage of a dam to divert the flow of the river. Abel Vera, Alcande de Novillas, admits that “it is not known what can come”.

Residents of Novillas continue to be very concerned about their homes due to the consequences that can be caused by the overflow of the river Ebro. In Novillas the riverbed reaches a maximum of more than 8 meters high. At the moment, the channel has remained the same during the night thanks to the work of the authorities.

The Red Cross of Zaragoza has already set up temporary shelters in the pavilions of Luceni and Tauste with 200 beds each before the possible evacuation of the residents of Novillas.

The storm has left desolate images in Navarre by the heavy floods, the community will ask for aid for natural disaster. The president of the community also announced a meeting tomorrow 14 December with the 74 affected municipalities to assess the damage.

In the Autonomous Community of Navarre, more than twenty streets of the old town have been flooded by the overflow of the river. People who must leave their homes will do so through the boats offered by Civil Protection.

On the afternoon of Sunday 12 December, María Chivite, President of Navarre and Fernando Grande-Marlaska visited the municipality of San Adrián to see the areas affected by the floods. The death toll in Navarre yesterday was two.