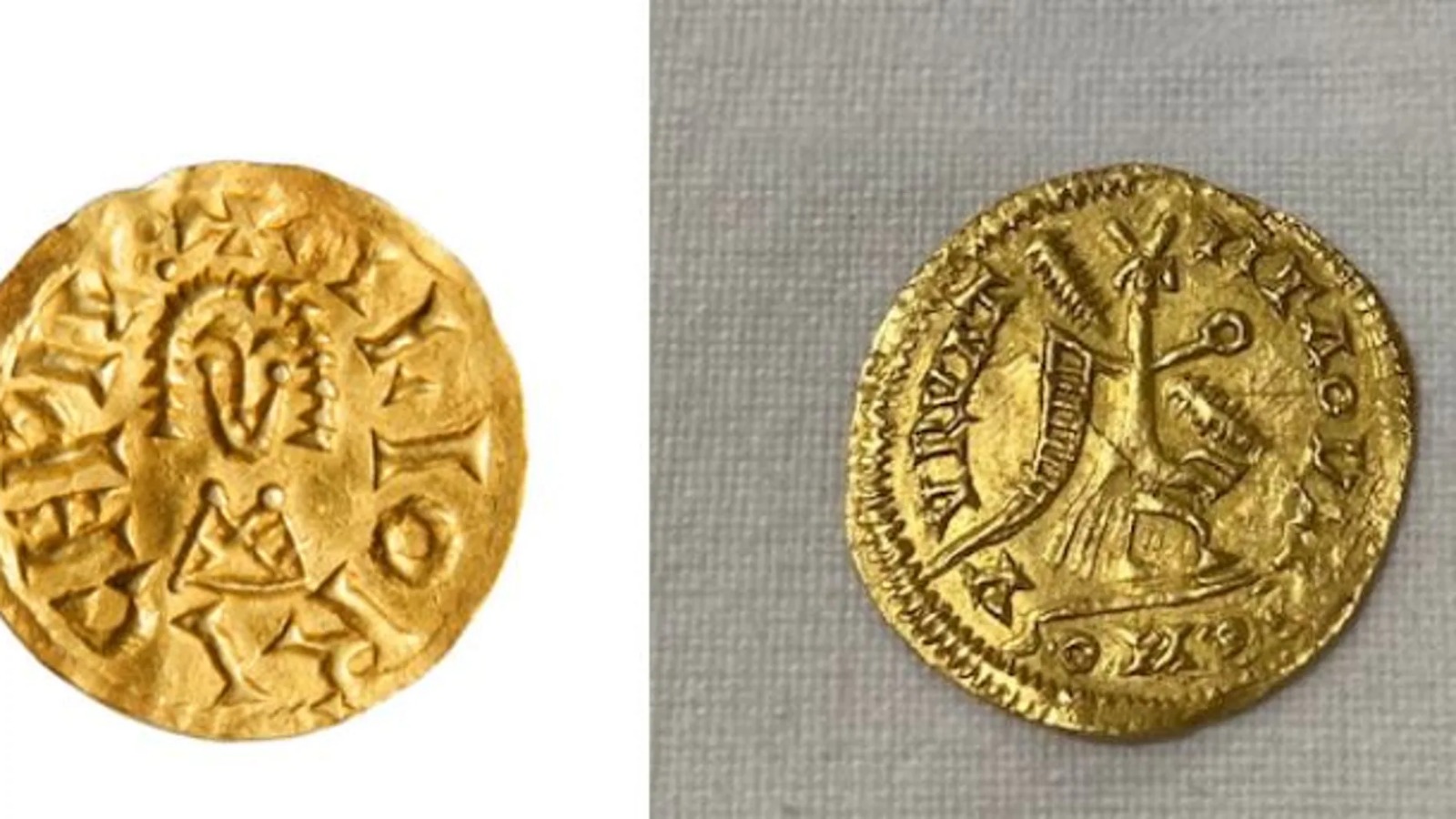 The National Police has recovered in León and Saceruela (in Ciudad Real) two Visigoth coins of great historical value. Recovery has been made possible by the systematic intelligence-gathering efforts of the National Police and the tracking of social media. These are two tremisses and one of the coins has an onomastic variant hitherto unknown that makes it unique and increases its value.

The first of the coins was found by a person who was carrying out refurbishment work on a building in León. The police summoned them to court to retrieve the coin. After an analysis of the object it has been determined that it would be a tremi of Sisebut, Visigoth king who reigned between 612 and 621.

In addition, this coin presents the toponym ‘Iliocrici’, which reveals that the place of origin could be the current Lorca, in Murcia. The discovery is of great value since to date only two copies of Visigoth coins with this origin were known, one of Sisebuto and another of Sisenando. In addition, the peculiar and unknown onomastic that it presents makes its value increase. For conservation, it has been handed over to the Provincial Museum of León.

The second tremis found, has been located in Ciudad Real. Agents began a social media sweep as they detected a publication showing the currency and the author of the post wondered about its value.

After identifying the person in the profile who shared the image on social media, they were contacted and the coin was recovered. In this case, it is a tremi of the Visigoth era, made with the aim of imitating others of Roman or Byzantine times to be able to trade with it.

It could imitate another of Anastasius I (491-518) and correspond to the Visigoth reigns of Alaric II, Gesalechus or Amalric.