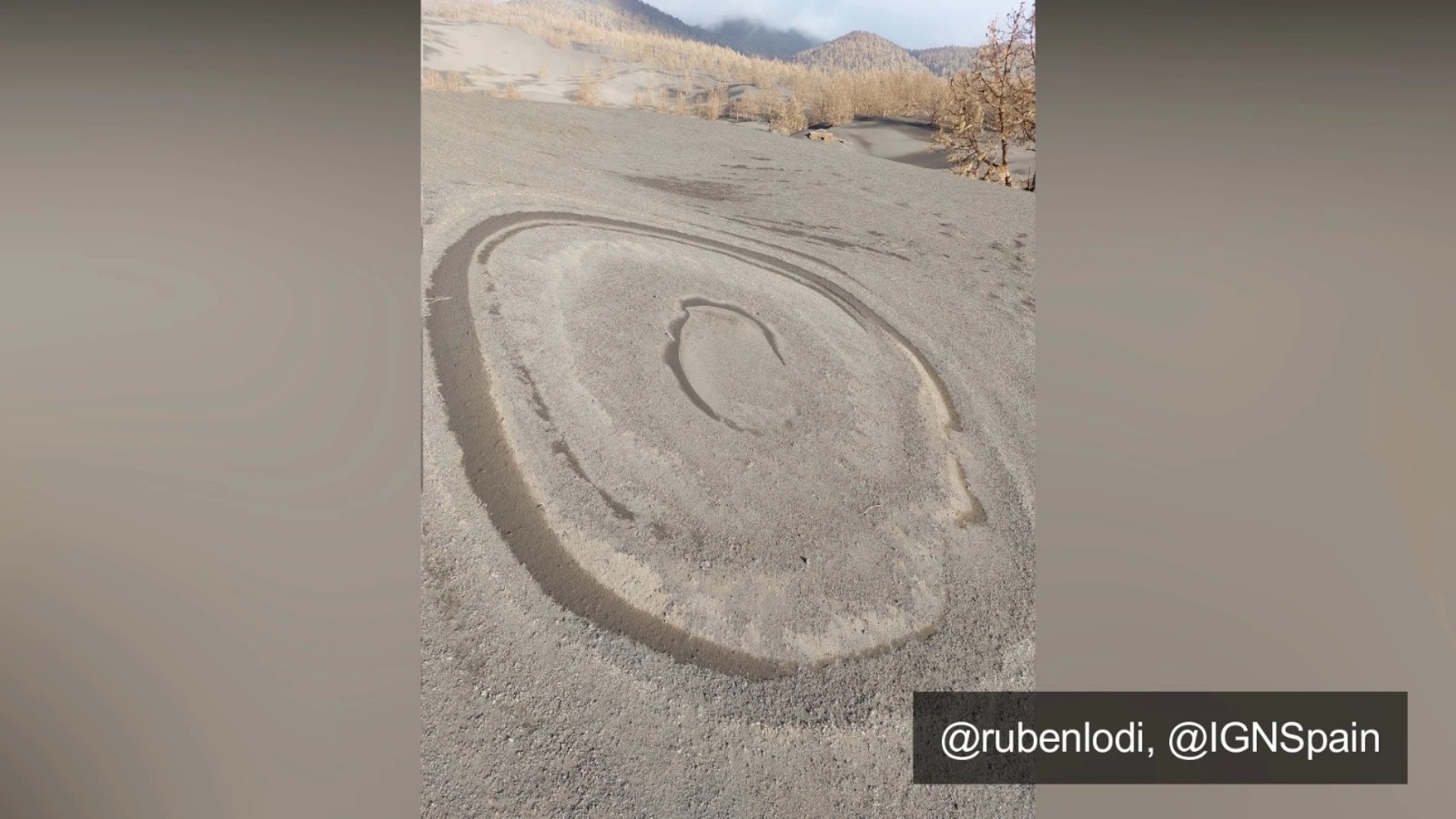 The eruption of the volcano of La Palma has already surpassed the longest in the history of the island, that of Tehuya in 1585, and today it celebrates 85 days spitting lava. The Cumbre Vieja is behaving in a very unstable way and leaves several curiosities in its path, the last a few circular drawings on the slopes closer to the cone.

These spirals carved into the ash are a new form of expression of the volcano as a result of the chimneys of gases that eject the system. Ruben Lopez, a volcanologist at IGN, explains on his Twitter profile that these are “smoke spots” due to “the emission of gases and condensation, the ash gathers together and is not carried away by the wind. That is why these radial forms are drawn on the landscape”.

The Cumbre Vieja after several hours in which it seemed to be extinguished was reborn with renewed strength in which it is now its thirteenth week of eruption and the images it leaves continue to impress.

It was 12:00, Canarian time, when the volcanic vibrations were picking up. The ash column then reached more than 4,000 meters high accompanied by ash emission, continuous sound and ejection of volcanic bombs. All this has triggered alarms in the latest measurements of gases on the ground, experts point out that they are having a lot of problems with sulphur dioxide, also carbon monoxide and also diffuse emission of carbon dioxide.

The top of the secondary cone continues to crumble due to the lack of pressure that generated it, the cooling that causes it to shrink and gradually crumble inwards. Magma also undergoes changes with a significant lava outflow, and in principle flows over pre-existing flows.