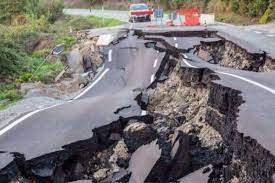 A major earthquake has occurred in Indonesia. The earthquake was 7.3 magnitude and occurred early this morning. There have been moments of tension and fear among the population. Initially, a tsunami risk alert had been issued, but it has already been revoked. However, authorities have warned that there may be a risk that the north coast of Flores will be hit by waves between 0.5 and 3 meters high.

USGS has explained that the earthquake has had its epicenter 100 kilometers north of the town of Maumere. The recorded depth is 18.5 kilometers in the Flores Sea around 03:20 (GMT). At first, the Pacific Tsunami Warning Centre stated that “there is a possibility of dangerous waves to the coasts 1,000 kilometres from the epicentre of the earthquake”.

However, this alert has already been dismissed. On the other hand, experts believe that it is unlikely that fatalities will be found as a result of the earthquake, although they wanted to remember that earthquakes “recent damage in this area has caused secondary damage, such as tsunamis and landslides that could have contributed to casualties”.