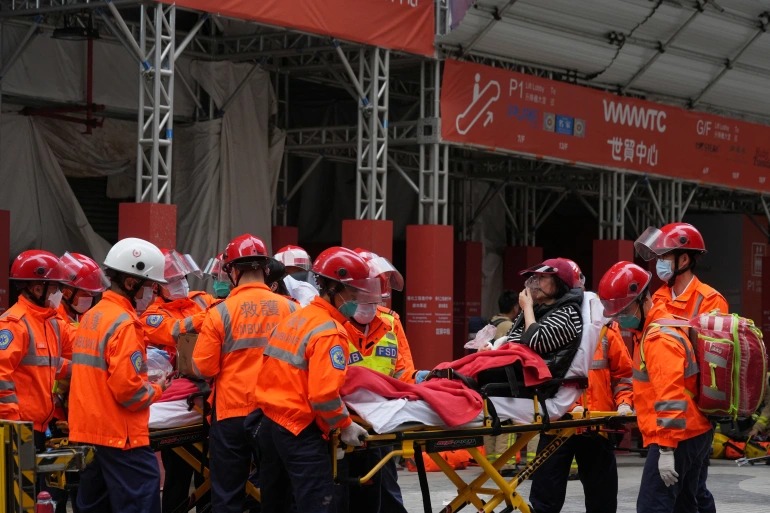 Firefighters rescue more than 1,200 people caught in a fire in a skyscraper in Hong Kong, China, originating from the World Trade Centre, located in Causeway Bay, in an area with numerous shopping centres and shops.

The fire started at 12:37 local time (4.37 GMT) and began to spread, forcing workers and customers to evacuate massively.

Around 300 people were trapped for hours in the building’s fifth and thirtieth floor in outdoor areas. The firefighters evacuated more than 1,200 people in total and managed to extinguish the fire, which began due to an electrical failure on the ground floor of the centre, an area that was being renovated, says ‘The Standard’.

The ‘South China Morning Post’ notes that there are at least fourteen injuries as a result of smoke inhalation and were sent to nearby hospitals. Among them was a woman in her 60s who was unconscious and had difficulty breathing.

The origin of the flames is due to an alleged electrical failure, according to the authorities. Preliminary investigations suggest that the flames originated in a room with electrical controls on the ground floor before spreading through the building.

The fire has been elevated by the authorities to a level three incident shortly after it started. The severity of fires is determined in the territory on a scale of one to five, the latter being the most serious level.

The fire in the 14-storey commercial and 25-storey office building has also caused traffic cuts throughout the city.