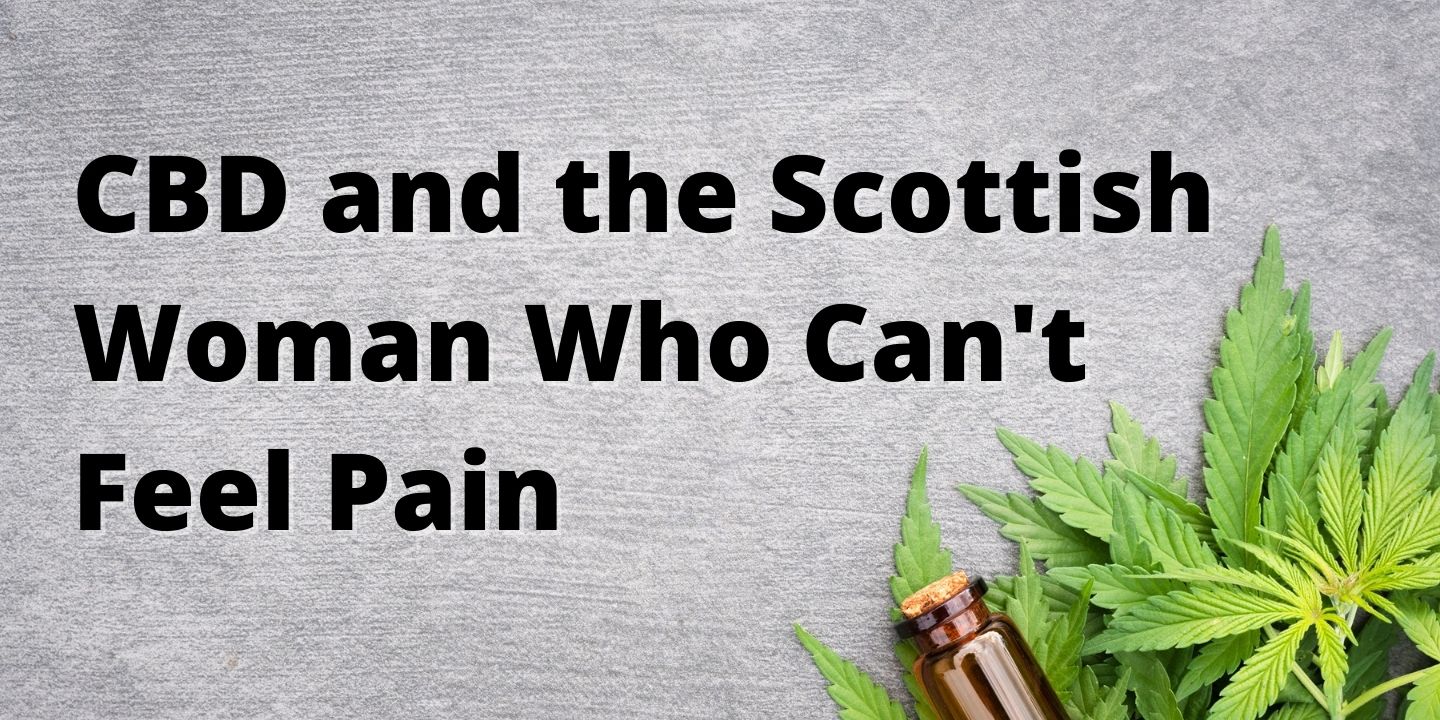 It’s the superpower we never thought of when asked as a child: I wanna be pain-free.

But for one Scottish woman, this superpower has become so much a part of her life that childbirth felt like a ‘tickle’ and says she’s never felt depressed, anxious or even scared.

Before you start calling her for life advice though you should know that Jo Cameron, a Scottish woman in her 70s, has a rare gene mutation that accounts for all this.

The good news for us?
Cameron’s mutated gene is in the body’s endocannabinoid system, which interacts with CBD oil from the non-psychotropic hemp plant and could play an exciting role in pain prevention in the future.

Who is Jo Cameron?

Jo Cameron, from Inverness, baffled doctors after X-rays revealed massive deterioration of her hip though without causing her any pain.

She told doctors she was incapable of feeling anything unpleasant whether from broken bones, cuts or burns, and told the Guardian in 2019 she often leans on the AGA cooker and only knows about it when she smells it.

“I’m vegan, so the smell is pretty obvious. There’s no other burning flesh going on in the house,” she said.

When a van ran her off the road in 2015, she climbed out of her car to comfort the young driver and only realised severe bruising later.

On stress and depression tests, she also scored zero “I thought it was just me,” she said. “I didn’t know anything strange was going on until I was 65.”

A consultant overseeing her hip replacement and a hand operation at Raigmore hospital in Inverness sent Cameron for tests with pain specialists at UCL in London.

The report in the British Journal of Anaesthesia revealed mutations in Cameron’s DNA that seemed to suppress pain and anxiety, while boosting both happiness and wound healing.

The mutations to genes FAAH and FAAH-OUT specifically caused anandamide, an endocannabinoid, to build up in her body to levels twice that of the general population.

Cameron has even passed the gene on to her son, who regularly scalds his mouth with hot drinks and food.

UCL researcher James Cox said there was an ‘awful lot’ to learn about the pain system and treating the millions of people who live in pain every day.

Research into relieving pain from Jo Cameron’s story has not yet translated into new medicines, but many CBD companies were quick to find similarities with their own research.

For example, CBD is known to increase anandamide levels, the endocannabinoid responsible for Cameron’s lack of pain.

Specifically, they interact with the immense system, appetite, pain sensation, mood and memory.

The most famous of these plants is cannabis – hence the name – though cannabinoids are also found in echinacea, black truffles and the kava plant used as a sedative in the Pacific Islands.

THC is a cannabinoid only found in the cannabis plant, and which produces psychoactive effects.

CBD is another cannabinoid that can account for up to 40% of CBD oils, and has no psychoactive effects. CBD oils are required to have under 0.02% THC, though can otherwise contain over 100 other cannabinoids.

What does this mean for my pain?

Studies on CBD as a treatment for mental health disorders found it boosted anandamide levels. To delve into a little science, CBD did this by limiting the capability of the body’s FAAH gene to actually break it down.

Other studies show that Anandamide levels – ‘ananda’ coming from the Sanskrit word for ‘bliss’ – actually stopped the initiation of the pain response. Research into CBD is still very new, as the substance was only decriminalized in the United States in 2018.

There are no studies out there yet that definitively prove CBD reduces pain, but stories like Jo Cameron’s and hundreds of CBD users show scientists could be studying in the right direction.

Chronic pain affects over 50 million people in the US, and just under 28 million adults in the UK. Popular medicines to treat pain like opioids have led to crippling addiction and overdoses across the world, while other pharmaceuticals can have undesirable side effects.

CBD is a promising candidate to suppress pain and anxiety through a natural substance that has few side effects and does not lead to intoxication.

The science is not yet there, but as Cameron said in 2019 that with more experiments, ‘it may do something to get people off manmade painkillers and on to more natural ways of relieving pain’.