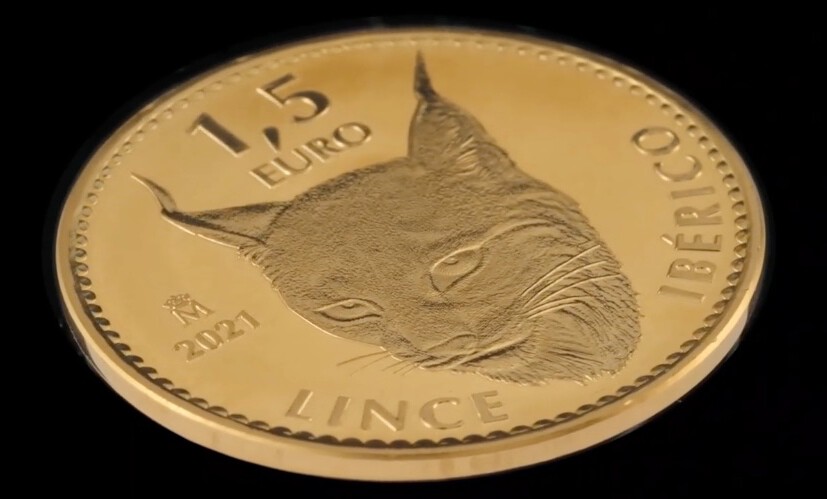 Until now, one euro, two euro and fifty cent coins had been in circulation, but never one and a half euro. However, the first 1.5 euro coin has been put into circulation since December. This coin has been issued by the Fábrica Nacional de Moneda y Timbre and is dedicated to the Iberian lynx.

The new coin in circulation is gold and only 12,000 pieces have been minted, of which five will be exhibited in the Royal Mint Museum. However, these coins cannot be used to pay in shops because it is a collector’s coin. Being made of gold, it is framed in the so-called ‘bullion’ coin, which means that it is a piece minted in precious metal, such as gold or silver.

In addition, it is a currency that is not intended for circulation, but as a way to store the value of the metals that compose them or as an investment. The price of this 1.5 coin is determined by the value of the gold that day, plus a margin of 10%, as explained in one of the publications of the Official State Gazette, dated August 19.

As regards the marketing of the 1.5 euro coin, the National Mint and Royal Mint Mint has explained that it will “by itself or through entities contracted for the purpose, which will undertake to sell them to the public regularly, as well as to export them”, as indicated in the publication of the BOE.