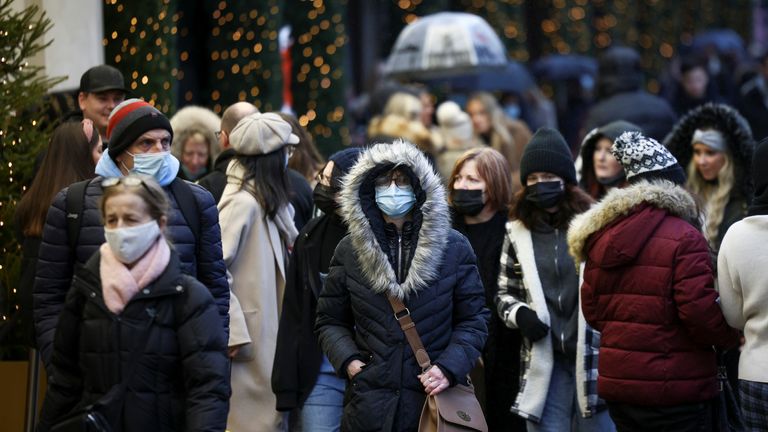 Behind the United Kingdom, Spain is the country in Europe with the highest number of coronavirus infections. A fact that is shocking, considering that in November Spain was the third country with the least cumulative incidence of the continent.

In 30 days, the cumulative incidence rate has increased tenfold, reaching a record 1,775 cases. In Spain, the omni-variant is dominant in virtually all the territories, 112 people are infected per minute.

However, although it is the second country in Europe with the highest number of infections, it is also one of those with the highest vaccination coverage: 37,869,504 people have the complete pattern, 89.9% of the target population.

The year ends with the presence of omicron, the new variant of coronavirus, much more contagious, but also milder, according to experts. Therefore, in order to reduce infections, many European countries began a few weeks ago to adopt stricter measures in order to curb cases: covid passport, curfew and compulsory telework.

In Spain, the compulsory use of outdoor masks was announced, a measure that had been withdrawn in summer and that, according to the General Council of Official Medical Colleges (CGCOM), it is not effective in mitigating the increase in contagion and the advance of the sixth wave. In addition, a few days ago, the country adopted a decision to reduce the quarantine of asymptomatics to 7 days.

At a particular level, each autonomous community has imposed a series of restrictions to limit mobility, contain the expansion of the new African variant of SARS-CoV-2 and reduce cases, which place us at the forefront of Europe.