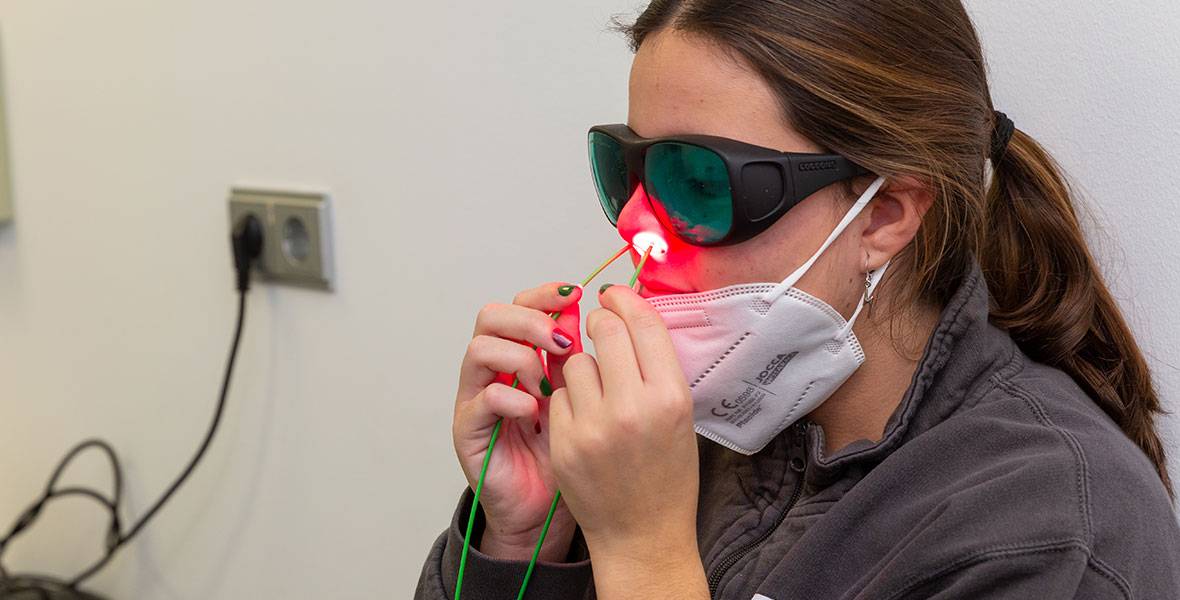 Since the emergence of the omni-variant, the speed with which the coronavirus is spread has become one of the main problems of the virus. The Clínica Universidad de Navarra is the first hospital in the world that has already conducted a clinical trial with infected patients that would help reduce the spread of the virus.

The Clinic is conducting a study that aims to eliminate the viral load accumulated in the nasal mucosa of a coronavirus infected, as explained by the Occupational Medicine Specialist of the Clínica Universidad de Navarra Alejandro Fernández Montero. If this were achieved, the contagion capacity of patients infected with Covid-19 would be reduced.

The device belongs to the Canadian company Ondine Biomedical Inc. It is used in patients who are already positive but are in the early stages of the disease and who have not needed hospital admission.

The removal of the virus reservoir could also shorten the recovery time and thus the duration of confinement, complementing current measures. Another positive point is that the virus cannot develop any type of resistance to treatment and is valid for all types of variants.

This method does not seek to cure patients who already have the infection. The infected person is wanted to stop being a transmitting agent to other people. This is why it is carried out in the initial stages, when the virus, according to experts, is more contagious.

Patients with a positive diagnosis, who are part of the trial, receive three sessions of photodisinfection and then check for two weeks how the viral load has evolved. To confirm efficacy, half of the participants are receiving photodynamic treatment, and the other half will receive a control intervention.

The totally painless disinfection process has been used for more than 10 years, mainly in Canada, as a mechanism for the elimination of multiresistant bacteria in patients who are going to undergo surgical interventions to reduce postoperative infections.

This is the first hospital to develop such a study where people will collaborate by testing the nasal photodisinfection treatment to try to destroy the nose virus and avoid infecting other people. Photodisinfection is a painless process that in Canada has been used for a long time to prevent a number of infections.

The trial tests this device of the Canadian company in patients who have tested positive in a PCR test and who have not required hospital admission. It is not intended to cure these patients, but to reduce viral load, so that contagion can be reduced. In this way, the ‘waves’ that we are used to seeing with such a number of positive coronaviruses would stop happening.

The fact that the objective of this study was achieved would have some advantages, firstly a public health advantage because it would reduce the capacity for transmission and as a result, the incidence would also decrease. In addition, it would be beneficial for the economy and the labour sector because people would enter their jobs earlier. Contact with other people would also be resumed earlier, so it has a social advantage.