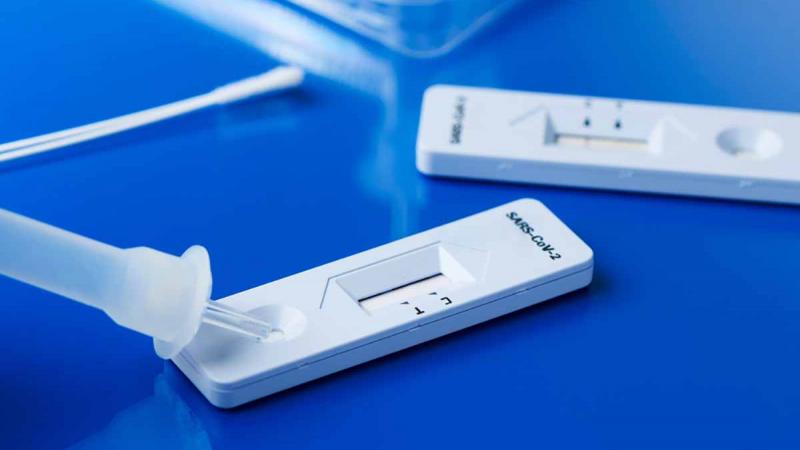 Pedro Sánchez announced this morning in an interview that the government will act on the prices of antigen tests. ” We will”, the President of the Government has answered categorically to the question of whether the prices of these products will be controlled.

During the interview, Sánchez recalled that the Government of Spain had already acted on these covid-19 tests. When the VAT on surgical masks was extended on 21 December, the period during which many medical devices, including antigen tests, were exempted from paying this tax was also extended.

The President of the Government recalled this measure in the interview as an example of the actions that the executive was taking with regard to the price escalation in the last weeks of these antigen tests. Even so, it has been forceful and has reiterated twice that they will act on the prices of antigen tests.

However, despite this measure, the price difference that could be found these days in Spanish pharmacies was exorbitant. In some cases, this could amount to up to ten euros, according to data from the College of Nursing of Spain.

These price changes have not pushed consumers back. In fact, only in the first week of December, according to the consultancy IQVIA, the sale of antigen tests in pharmacies increased by 545%. Following data from this same consultancy, during the Christmas week alone, Spanish pharmacies sold 7 million antigen tests. The demand for this type of product was triggered by the Christmas celebrations that were accompanied, one more year, by an upturn in contagion. Since it was approved for sale in pharmacies without a prescription, 21.361 million tests were sold in Spain in 2021. 21% of them were bought in Catalonia.

In the last weeks of 2021, the Minister of Health, Carolina Darias, also announced that the sale of antigen tests for professional use was allowed in pharmacies due to the shortage that most establishments in our country were suffering.

However, this measure also failed to prevent many drugstores from hanging the “No Antigen Test” sign during the Christmas weeks. Pedro Sánchez also spoke about this situation during the interview.