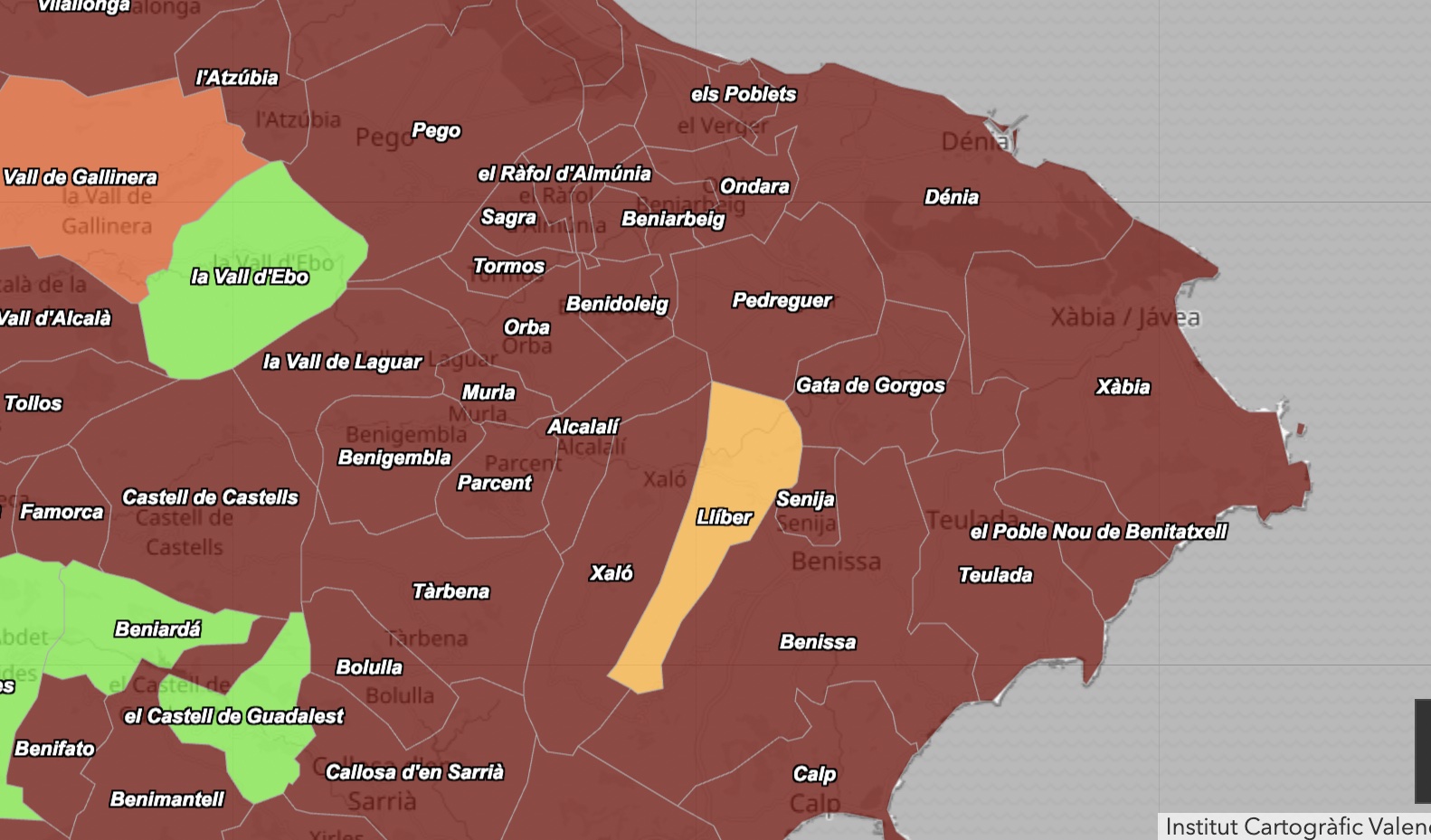 The sixth wave does not seem to stop. The Marina Alta has accumulated in just three days another 3,076 infections of covid. They are almost twice as high as in Tuesday’s penultimate update, when 1,767 were counted. Fortunately, no deaths have occurred since then, but the accumulated incidence of the virus in the region has hit another astonishing growth spurt: it has grown by more than a thousand points in just 72 hours, reaching 3,597 cases per 100,000 inhabitants. Right now, another dizzying fact, 6,138 people in the territory are active cases, that is, are going through the disease.

By municipalities, Dénia reached a figure that also impresses: 676 cases in these three days. For its part Xàbia has added 519 and Calp 338, in terms of the 3 most inhabited municipalities, which are the most positive ones.

Or what is the same: of the 33 nuclei of the Marina Alta all have registered a positive in these three days except for two: the Vall d’Ebo and Llíber.

Outside these more inhabited areas, there are other disparate incidents such as the one in Orba with 7,302 cases per hundred thousand inhabitants or the Vall de Laguar that exceeds 3,000.