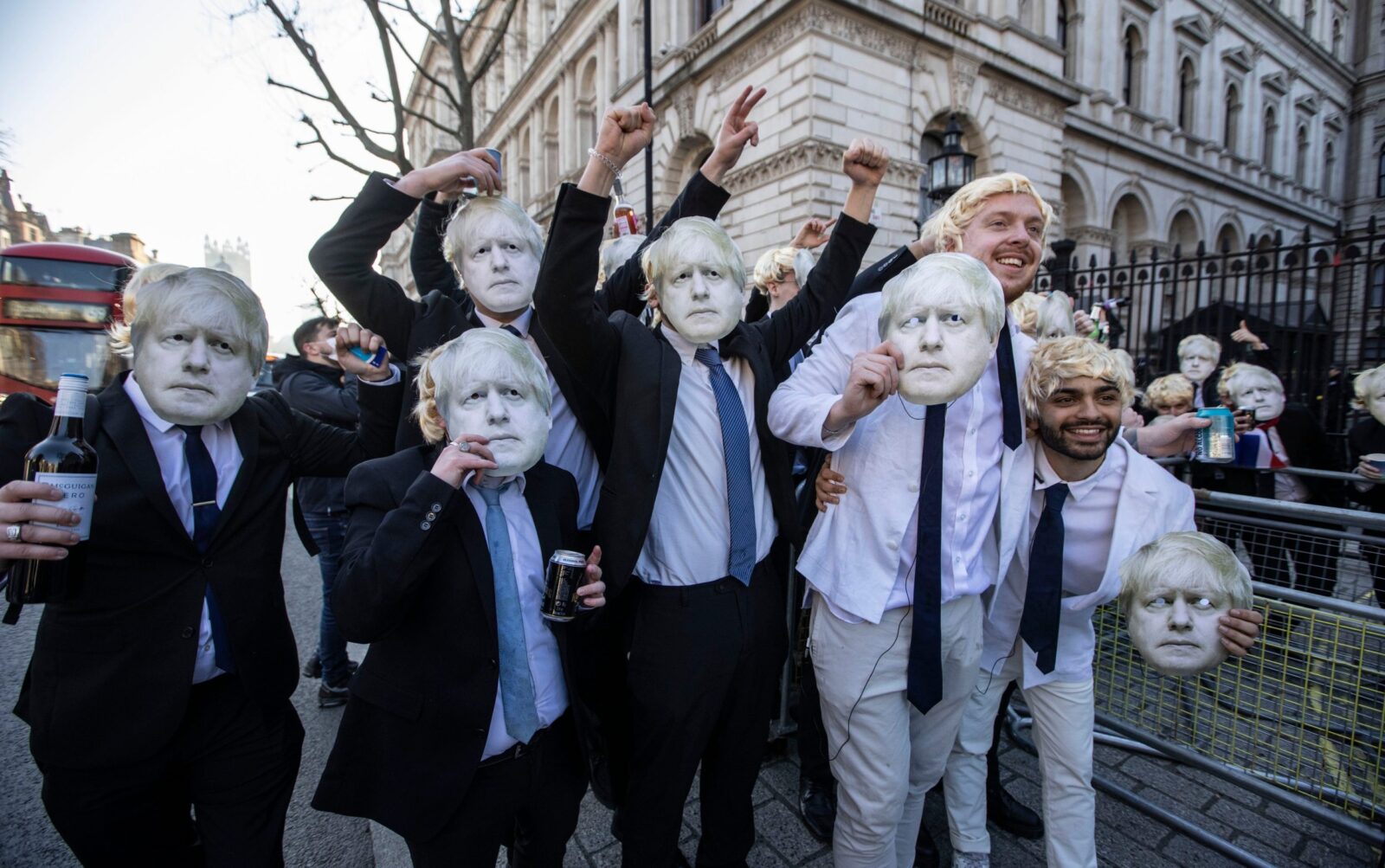 Several dozen young people wearing Boris Johnson masks have danced in front of the Prime Minister’s official residence. They wanted to join one of the famous parties on Downing Street. The police immediately dissolved them and detained the promoter of the parody for a few hours. It was a youtuber who wanted to take advantage of the controversy surrounding the prime minister.

The British Government confirmed on Friday that it has formally apologised to Elizabeth II for two parties which were held at her Downing Street headquarters on the eve of the funeral on 17 April of Prince Philip, that the sovereign continued to sit alone and wearing a mask in compliance with the restrictions in force.

A spokesman for the Prime Minister’s official office and residence, Boris Johnson, told the media that the celebrations at a time of national mourning were “regrettable” and confirmed that representatives of the Executive have apologized by phone to Buckingham Palace.

The Daily Telegraph revealed last night that two parties were held late into the night at government headquarters on April 16, one to fire Johnson’s then-communications director, James Slack, and one for an official photographer.

In a statement released today by News UK, editor of the “The Sun” newspaper, of which he is now deputy director, Slack assumes its “full responsibility” for an event that “should not have happened”.

“I want to apologize unreservedly for the outrage and pain caused. That event should not have happened at that time. I’m very sorry and I take full responsibility, “said the journalist.

Slack said she can’t comment further until official Sue Gray concludes in a few days her internal investigation into several Downing Street events that allegedly broke the rules, including the May 2020 event Johnson attended.