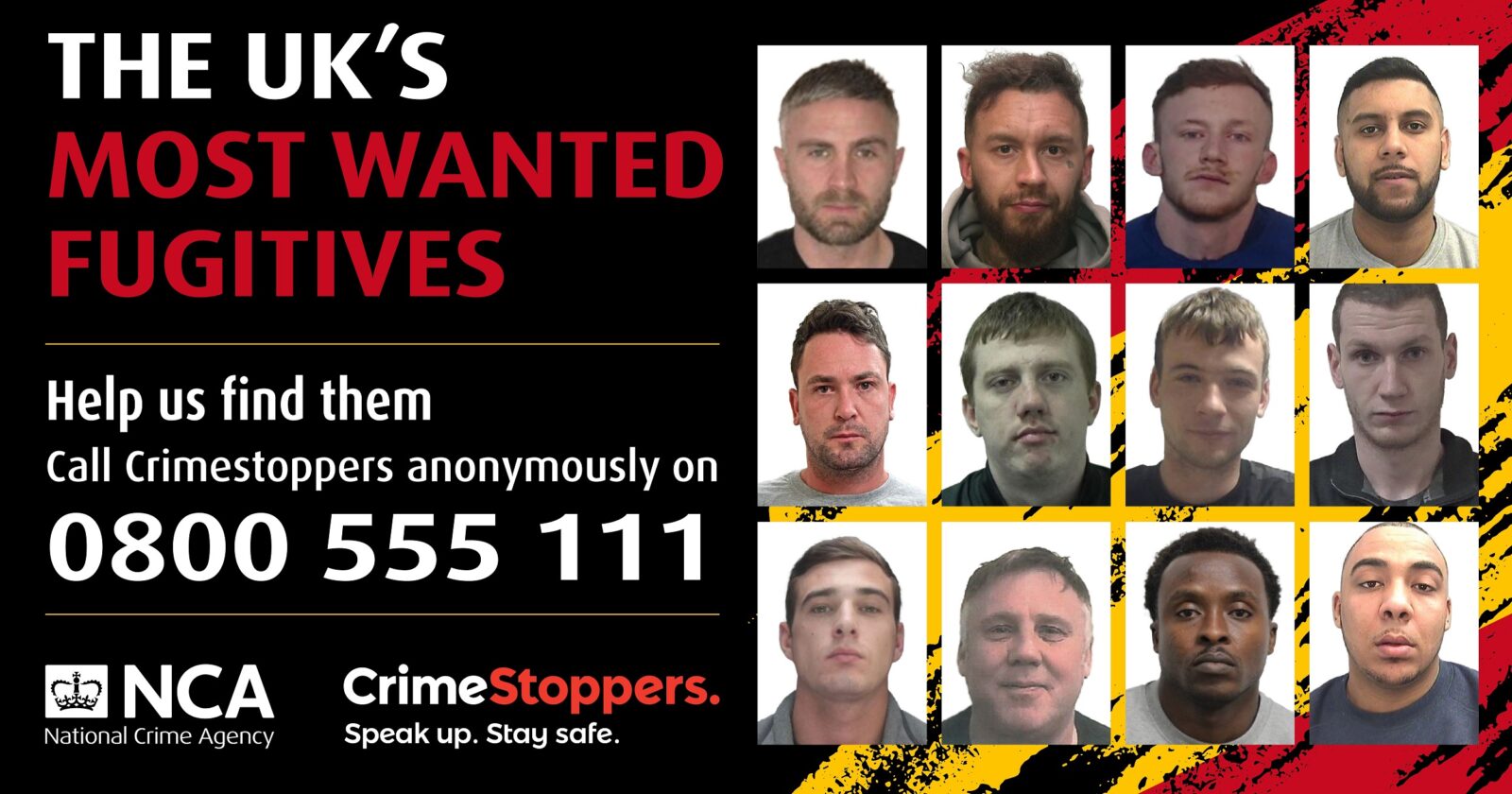 The Spanish and British authorities launched a new campaign on Wednesday to locate and bring to justice 12 of the UK’s most wanted fugitives believed to be hiding in Spain.

The “Most Wanted” campaign is carried out through the official British agency NCA together with the non-profit organization Crimestoppers and the Spanish security forces as a continuation of the campaign “Operation Capture”, which resulted in the arrest of 86 fugitives.

Spain is one of the most popular destinations for the British and both countries have a very strong collaboration in the field of security. ” This campaign is just one example of the successful cooperation between British and Spanish law enforcement agencies, “said the British ambassador to Spain, Hugh Elliott.

“We are united as partners in the face of common threats and challenges, sharing not only our experience and expertise, but also objectives and values. In this way, we make both countries safer for citizens. I would therefore like to thank our Spanish colleagues in the National Police and the Guardia Civil for the role they play in this campaign and, more broadly, for their constant collaboration in the face of the challenges we have in common”.

The Secretary of State for Security of the Ministry of the Interior, Rafael Pérez Ruiz, said Operation Most Wanted “allows us to strengthen and increase police cooperation between Spain and the United Kingdom in order to create a hostile environment that makes it difficult for criminal organisations to establish themselves in Spain and for criminals to settle in our cities”.

“Now more than ever, it is necessary to unite the efforts of all to provide a coordinated and effective response to the new challenges that the constant evolution of technology and the dizzying intrinsic dynamism of our current society present us with in terms of security,” he added.

For his part, the NCA’s Chief Operating Officer, Steve Rodhouse, said: “Spain is not a safe haven for fugitives. We maintain an excellent relationship with the Spanish security forces and together we work every day to protect the public. The 86 criminals arrested thanks to our previous fugitive campaigns are proof that we never give up and that we are never far from the criminals. Our Spanish partners have been crucial in many of these arrests, “he added.

Rodhouse explained that the International Crime Bureau (NCA) and international liaison officers work on behalf of the British police to exchange information and intelligence with their partners in other countries, and so locate and arrest criminals all over the world.

“Criminals usually continue to commit crimes while on the run, and are often known in criminal circles wherever they are. The last thing the partners of these fugitives want is for the determination and united capabilities of Spanish and UK law enforcement to focus on them, “he said.

Rodhouse made an appeal: “Many of these fugitives are trying to integrate into the large British communities that have made Spain their home, and if you live in one of these areas you may know one of them”.

“Loyalties vary over time and we encourage anyone who has information about these men to help us find them and bring them back to face justice,” he said.

It is believed that all individuals appearing in the campaign have some link in mainland Spain or the Canary Islands. Individuals with any information related to these fugitives are encouraged to call CrimeStoppers anonymously, toll-free 900 926 111. They will be attended by CrimeStoppers in the UK, with the possibility of speaking in Spanish.

Lord Ashcroft, founder of CrimeStoppers, said: “We know that it can be difficult for people to talk publicly about crimes. That’s why our organization exists to provide an alternative. We guarantee that you will remain in complete anonymity, just like the millions of people who have trusted our organization with information about crimes since our birth, in the 1980s”.

“Please help us do the right thing by passing on what you know about the whereabouts of these fugitives and helping us to make these criminals no longer a danger,” he concluded.

In addition to telephone calls, there is the possibility of filling out a form at this address: crimestoppers-uk.org/fugitives, in which the profiles of the fugitives have also been posted.

Among the most wanted is Nana Oppong, 41. Essex police are looking for Oppong for shooting from a moving car and killing 50-year-old Robert Powell, who was shot eight times by a 9mm revolver on June 13, 2020. The victim and Oppong were allegedly from rival criminal factions.

Jack Mayle, 30, who has a large number of tattoos, is also wanted on suspicion of supplying the class A drug MDMA and other narcotics. Mayle is suspected of running a drug ring in South London and allegedly working with a “dark web” drug supplier.

At the time of the escape, Mayle, who is from Croydon, South London, had his neck tattooed, another diamond tattoo under his left eye and the word “Croydon” tattooed on the outside of his left forearm. He may have tried to change his appearance and is known to be armed.

Graham, who had two children, was ambushed and shot dead in a territorial drug war in June 2018, in broad daylight on a street in Ashton-under-Lyne, while children were playing nearby. In July 2019, five men were imprisoned for the execution.

In addition, South Wales police are looking for two men from Cardiff for class A drug-related crimes allegedly organised through the encrypted EncroChat communication platform.

Asim Naveed, with a muscular build, 29 years old and 1.88m, is accused of playing a leading role in an organized crime group that introduced and trafficked 46 kilos of cocaine into Wales between February and June 2020, worth nearly £8 million.

Calvin Parris, 32, who has gold upper teeth, is accused of being a customer of Naveed’s GCO and selling cocaine in Cardiff.

On the other hand, the NCA and the Scottish police are looking for 56-year-old Scotsman James Stevenson for capturing approximately a ton of cocaine and 28 million Etizolam pills, called Valium on the street. The cocaine was seized at the port of Dover in September 2020, while the pills were located after a raid on an alleged pill factory in Kent in June 2020.

Stevenson, a corpulent build with a scar on the left side of his face, is also wanted for two alleged fires in the Lanarkshire and Forth Valley areas in May 2020.