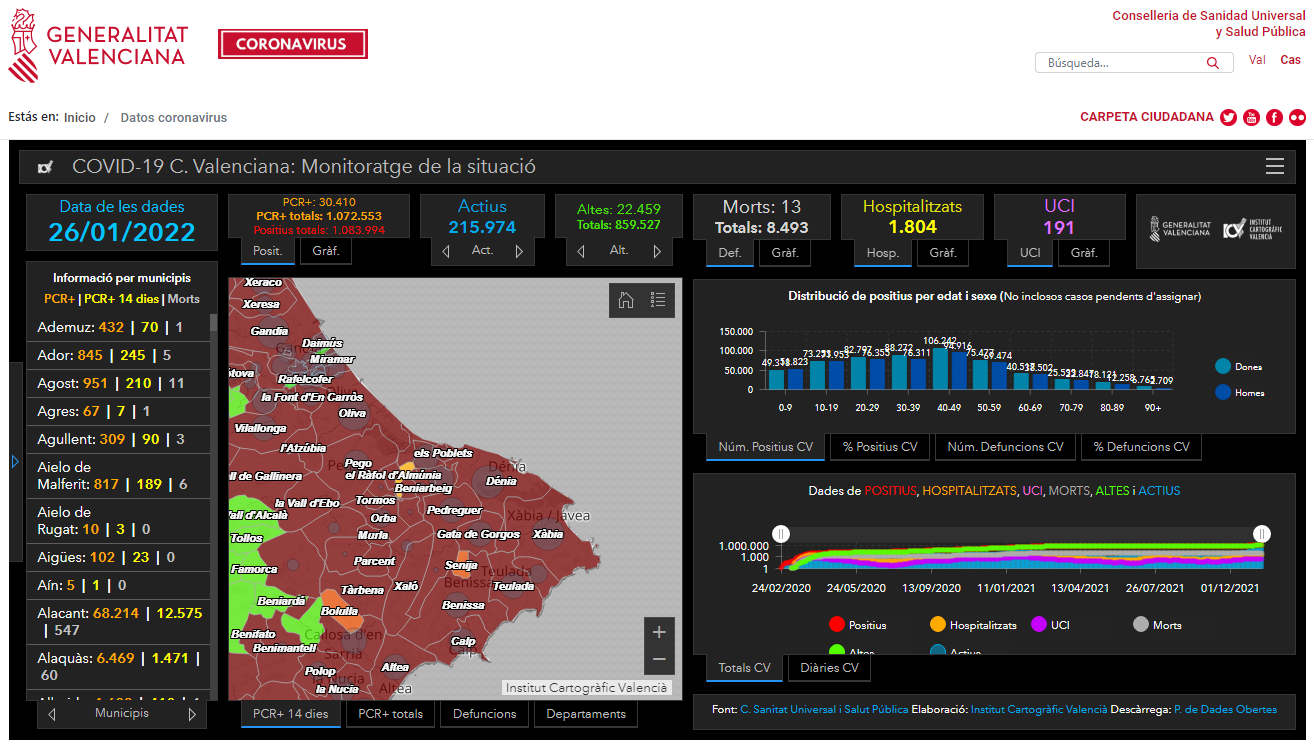 Well, the curve isn’t flattening. After last Tuesday the incidence of coronavirus in the Marina Alta fell for the first time in the sixth wave, in the last three days it has risen again by almost 200 points. That is because of the 2,382 new infections in the region according to the latest update from the Health Ministry. Right now, 7,378 people are suffering from the disease, another record number of active cases.

And the worst is that there have been deaths again. Two more, one in Xàbia (which already accumulates 15) and another in Pego, which now adds 11. A total of 231 people have died in the Marina Alta as a result of the pandemic.

The incidence in the region continues to soar and now stands at 4,324 cases per 100,000 inhabitants. And this is due to the large number of contagions registered especially in the coast: in Denia there have been 638 positive in these three days (200 more than on Tuesday) and have also increased in Xàbia, with 363, Calp with 267, Benissa with 227 and Teulada with 173.

Above the 100% contagion barrier in these three days are also Ondara with 167 positives, Verger with 141 and Pego with 120. And below, Gata with 83 and Pedreguer with 68. Among these populations, which are the ten most inhabited in the region, all incidences rise again (Benissa and Ondara also exceed 6,000 cases per hundred thousand inhabitants) except for Teulada and Pego, where it is slightly reduced. Verger stays the same.

But in these three days the virus has hit more places. The situation of the virus is again worrying in Benitatxell, with 65 more infections and in Orba with 59. And still with a two-digit figure is Xaló with 11.

The municipalities where no new cases have occurred have been Senija, Sanet, Sagra, Tormos, Vall d’Ebo and Vall d’Alcalà. 6 of the total of 33 nuclei that the Navy has.