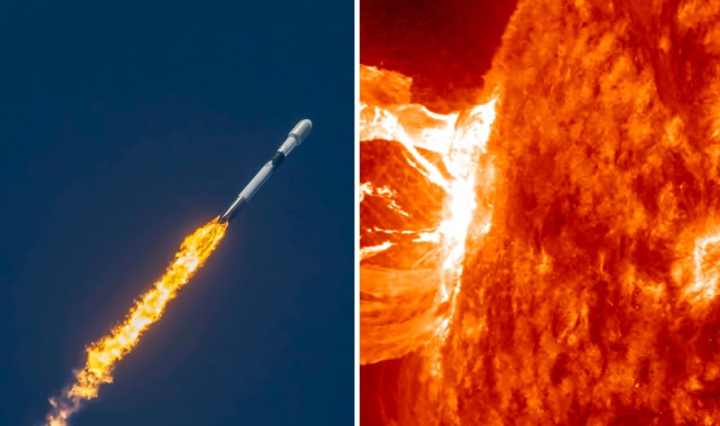 A solar storm has ruined the launch of 40 satellites of the company ‘Space X’. In the images you can see what one of these solar storms is like from near, the last one was last Friday. The Sun is a huge star that sometimes spits up large flames of fire.

Normally, those firestorms don’t affect the earth, but the last one did and drove 40 satellites of the company ‘Space X’ crazy that was going to be put into orbit and were lost.

As a result of this solar storm, the newest ‘Space X’ satellite fleet is going out of orbit after being hit. As reported by the company, up to 40 of the 49 Internet service satellites launched last week have re-entered the atmosphere and either burned down or are about to burn.

‘Space X’ explains that the storm caused the atmosphere to be denser, thus increasing the resistance of the satellites and damaging them. Efforts were made to try to save the satellites by putting them in a sort of hibernation and making them fly so that resistance was minimized, but the atmospheric attraction was too great.

So far, the most powerful solar storm ever recorded was Carrington Storm in 1859. The astronomer Richard Carrington witnessed the event and was the first person to understand the relationship between solar activity and Earth’s geomagnetic alterations.

This storm occurred during a solar minimum, which is the quietest phase of the Sun, something that surprised the researchers because they thought it impossible, since solar storms usually occur during the maxima, which are the periods of most activity.