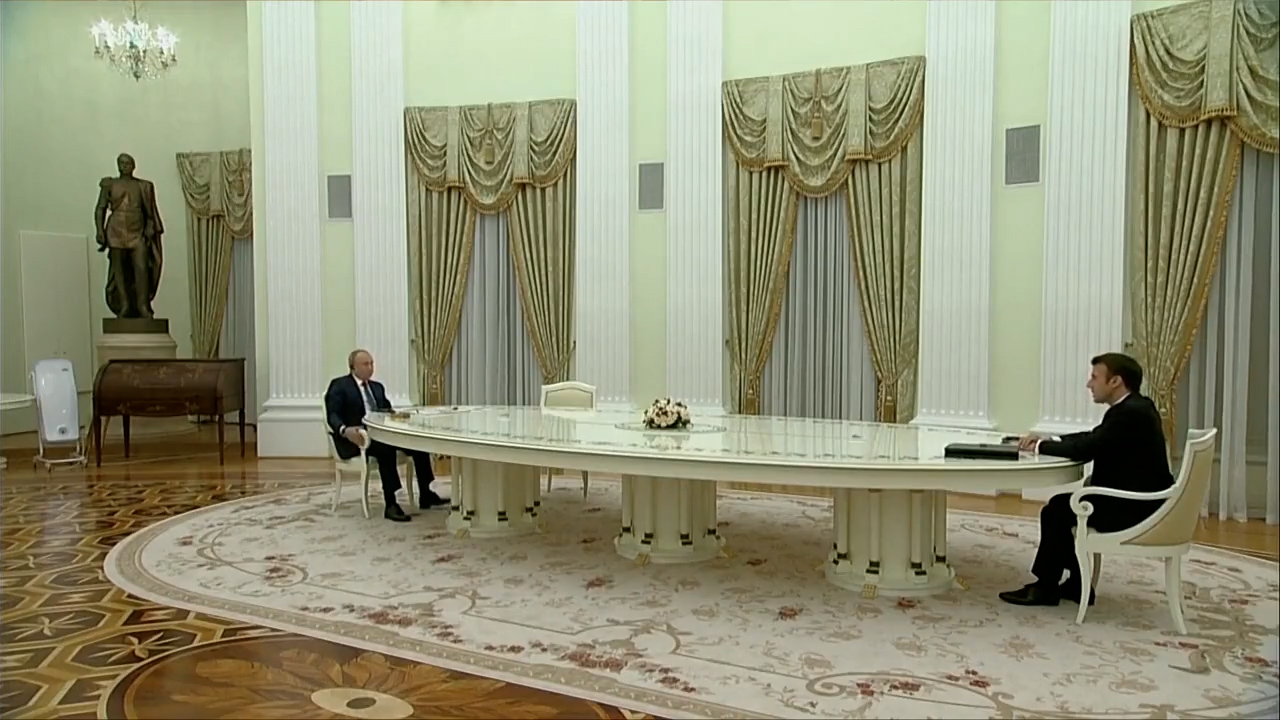 The great distance that separated Macron and Putin in their meeting to deal with the Russian crisis with Ukraine through a table four meters long has been a big unknown, although the reason has already been resolved. Apparently, French President Emmanuel Macron refused to undergo a Russian PCR test as requested by the Kremlim before the meeting with Putin for fear that Russia would keep his DNA, according to Reuters.

The French president apparently underwent a PCR test before leaving for Russia and an antigen test when he arrived, but in both cases it was performed by French doctors.

When the images of Macron and Putin gathered to discuss aspects of the crisis between Russia and Ukraine were published, many were surprised to see them separated by a table 4 meters long.

Macron would have been given a choice: to agree to a PCR test by the Russian authorities, which could bring him closer to Putin, or on the contrary not to do so and respect the distance imposed on him through that 4-meter table.

“We knew very well that it meant not to shake hands and that long table. But we could not accept that they had in their hands the DNA of the president,” one of the sources explained to Reuters.

A few days after the meeting between Macron and Putin, the Russian leader received the Kazakh president, Kassym-Jomart Tokayev and the two shook hands and sat next to each other, only separated by a small coffee table.