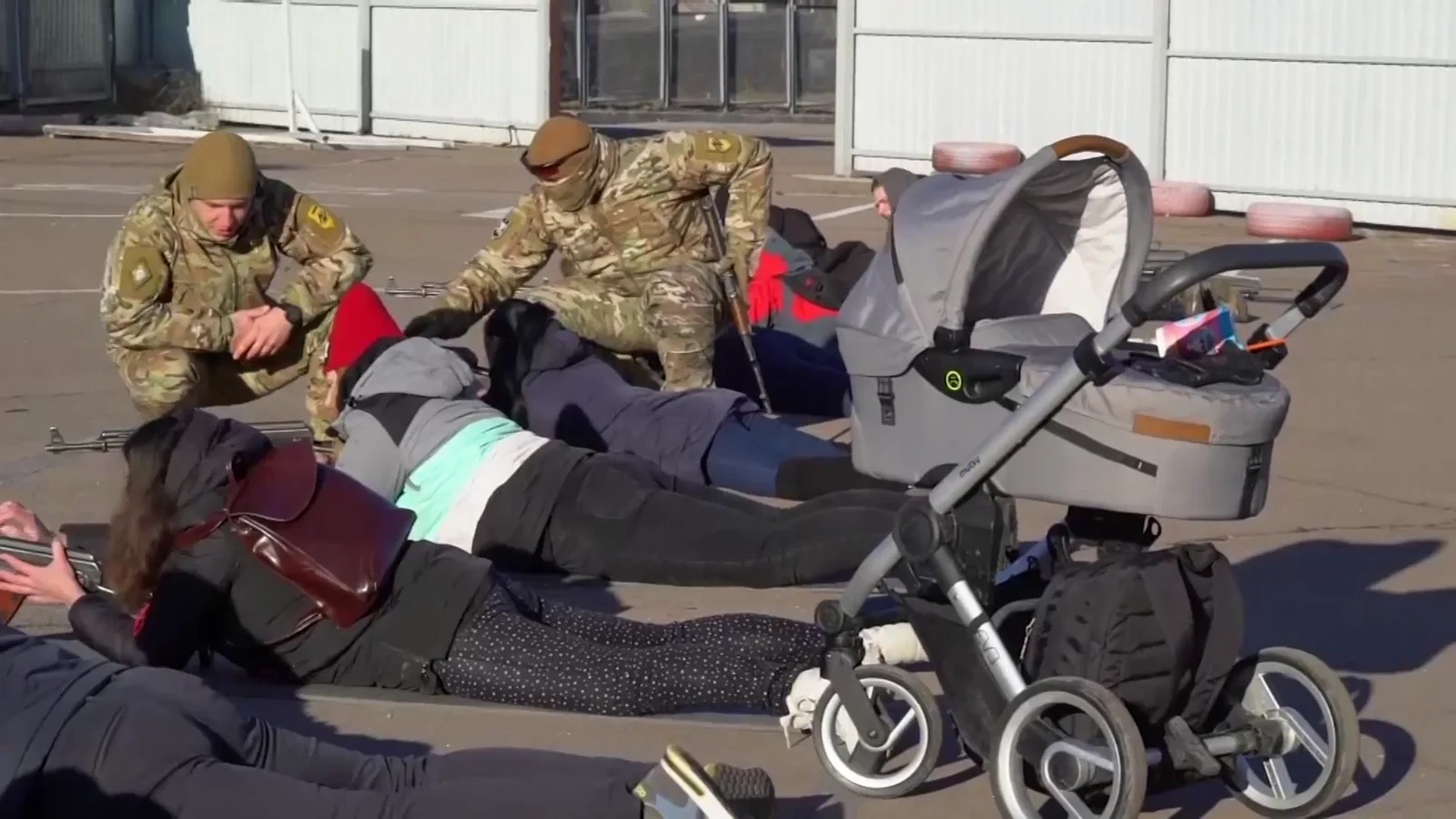 The United States assured last week that the Russian invasion of Ukraine was “imminent” and would have a “full scope”, which led to the massive outflow of foreigners from that country. The Moscow attack, which according to Washington will occur in a matter of days, has caused, among other things, that the Ukrainian civilian population begins to train the use of weapons.

And not only young people are part of these practices, in recent days images have come to light of children and elderly people carrying, pointing and firing a rifle. Pictures that now, as the conflict between Ukraine and Russia intensifies, are joined by young mothers practicing shooting with their babies.

This Sunday, the Pentagon again insisted that the Russian attack will take place “very soon” almost certainly. The President of the United States, Joe Biden, reiterated, for his part, the commitment to the sovereignty and territorial integrity of that country.