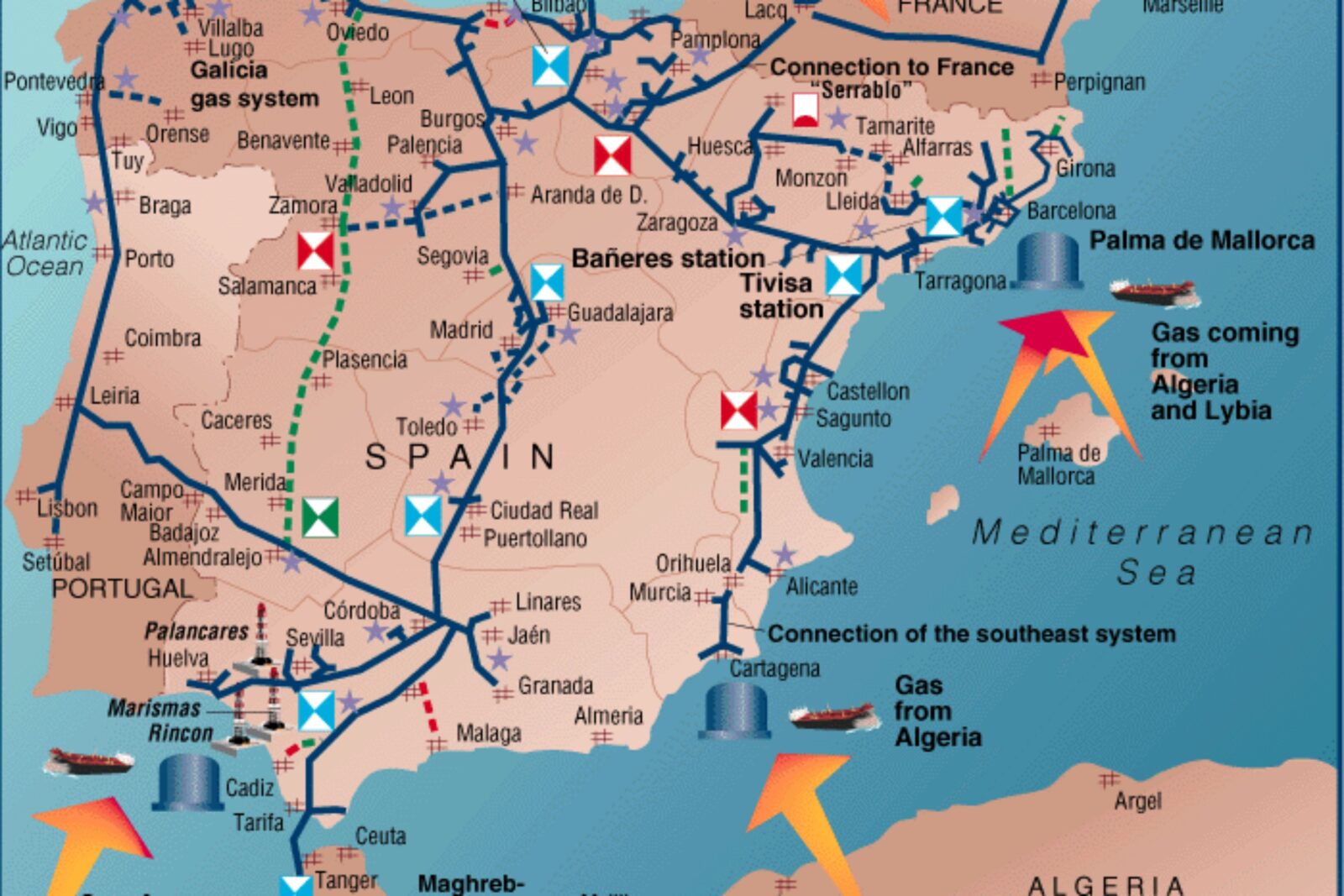 The crisis between Russia and Ukraine keeps the price of gas at very high levels and there is no forecast that it will fall soon. Europe is looking for alternatives to Russian gas.

“Europe accounts for around 40% of Russia’s natural gas consumption,” says Mauro G. Fernándiz, an economic analyst. Some countries like Germany even more: they reach 55%.

However, in Spain this dependence on Russian gas is lower. Vice President and Minister of Ecological Transition and Demographic Challenge, Teresa Ribera, has assured that the supply of natural gas in Spain is guaranteed despite the conflict between Russia and Ukraine, thanks to the pipeline with Algeria and the possibility of bringing ships with liquefied natural gas, but confirms that there will be “price turbulence”.

Spain has six active ports to distribute that gas that arrives by sea, three of them on the Mediterranean coast. More than twice as many as France or Italy. These ports would help supply gas if with the crisis between Russia and Ukraine, Russian President Vladimir Putin decides to turn off the tap.

Economic analyst Mauro believes that this would not be enough. Another option is to export gas through France and according to experts, we would not have enough capacity: “These two pipelines represent barely 10% of what reaches us through the large pipeline in Algeria,” explains José María Camarero, an economic analyst.

European reserves are at 40% and prices are rising. The price has risen by about 20% in just a month and a half,” says Mauro G.

The turbulence in prices expressed by Minister Teresa Ribera already affects European markets. In Spain the stock market has fallen by more than 2.55%.