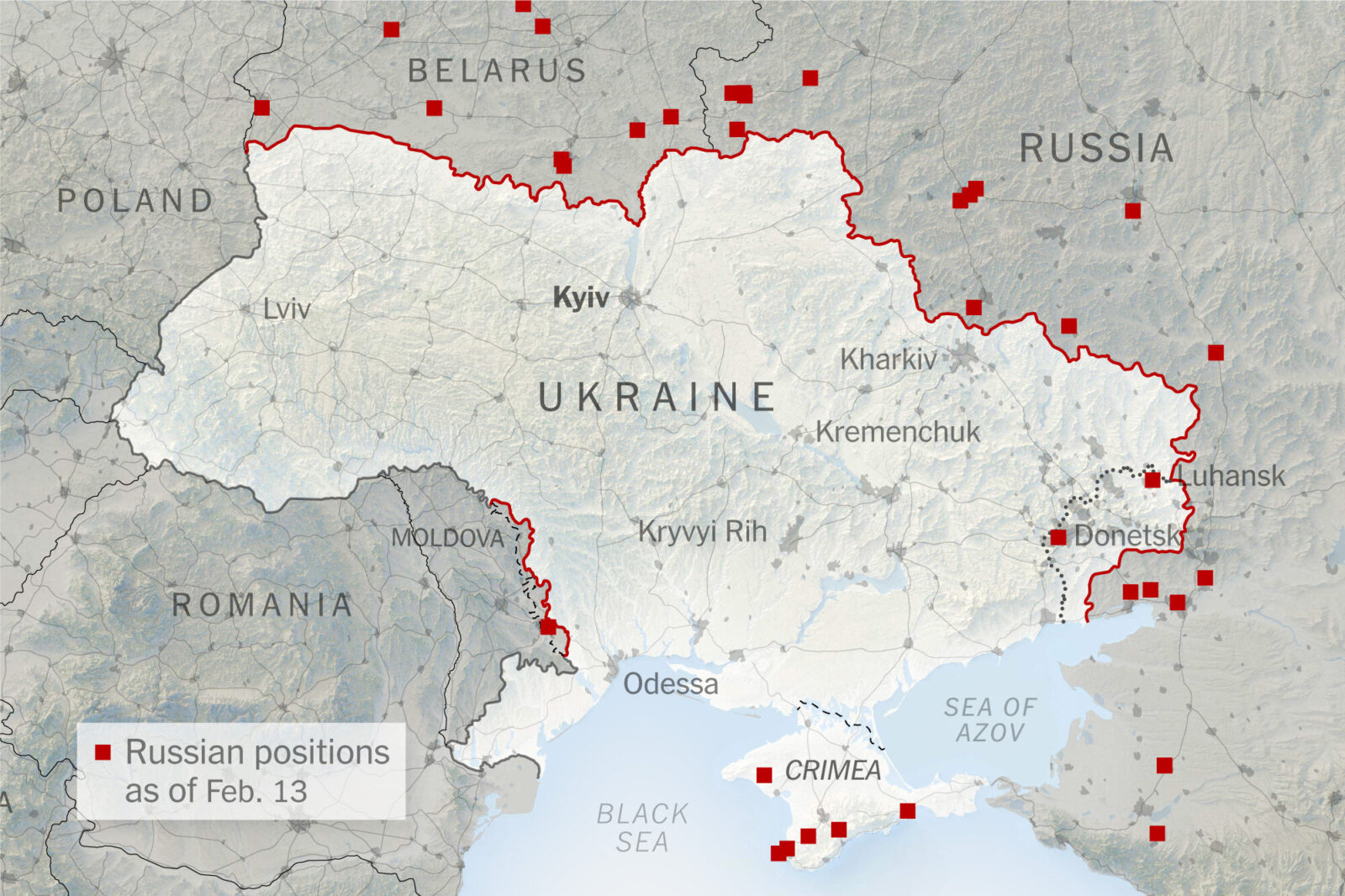 The spokesman of the Russian Defense Ministry, Igor Konashénkov, announced in a press conference on Tuesday the withdrawal of Russian troops that were located in areas around the border with Ukraine to their permanent headquarters.

The Russian Ministry of Defence has also indicated that in other military districts of the country “major activities continue for the preparation of troops”. In addition, it has also announced that activities in the east, which take place in Belarus, will end on the 20th.

This move by Russia comes at a time when the United States was warning that the invasion of Ukraine was imminent and could occur tomorrow, Wednesday, February 16. On the other hand, in recent days and in the face of growing tension, many countries, including Spain, have recommended to their nationals the abandonment of the country for fear of this invasion.

In recent days, there has been an intensification of the diplomatic channel to avoid conflict. In fact, the Russian Foreign Minister insisted to the president that the diplomatic channel was not yet exhausted and NATO announced yesterday that the Alliance was ready to “engage in a meaningful dialogue with Russia”, but they should begin a de-escalation.

According to the US intelligence services, the countdown to the start of the Russian invasion of Ukraine has already begun, they believe that the first attack will take place tomorrow, Wednesday, February 16.

This first offensive, they explain, will be based on bombardments and missiles. A proof of the imminence of the attack is that the US embassy in Ukraine, which is located in Kiev, the capital, has already been closed and will be moved to another part of the country.

According to the same sources, Kiev is one of the main objectives of the Kremlin. In this pre-war context, US President Joe Biden has also called on Belarusian citizens to leave Belarus.

Specifically, the United States State Department on Monday asked US citizens in Belarus, bordering Ukraine, to leave the country “immediately” due to the risk of arrests and a large military presence along the Ukrainian border.

“American citizens in Belarus must leave immediately by commercial or private means,” the Department said in a statement warning of “arbitrary application of laws, the risk of detention and an “unusual and worrying Russian military concentration along the border of Belarus with Ukraine”.

We are therefore at a crucial time in the course of the conflict, despite the fact that both parties still have the hope of finding a way out of it through diplomatic channels. A scenario that yesterday, according to the statements of the Russian Foreign Minister, Sergei Lavrov, seemed possible since, according to his version, there were possibilities of agreement with the US and NATO on the Russian demands on security.

For his part, the President of Ukraine, Volodymir Zelenski, has confirmed that his Government has news that “February 16 will be the day of the invasion” and points out that they will make that day “a day of national unity” in which “we will show our unity to the whole world”.