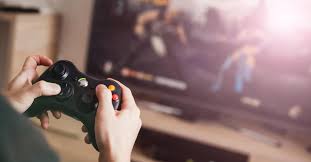 Elche is in mourning, shocked by the parricide committed by a child under 15. This Monday morning was the funeral for the victims. Problems arose last December when he brought home bad grades from ESO’s fourth-year high school. His parents warned him that if he continued with the poor performance, he would be punished, but the young man continued with an inactive attitude in the studies and with complaints from the school. His parents decided to take away the wifi and the game console. Experts point out that this could be the trigger.

Cristina Giner, a psychologist, explains that “video game addiction is just the tip of the iceberg of other mental pathologies that already existed. When it becomes addictive it’s like a drug”.

Francisco Lorenzo, psychologist expert in addictions, evidence that in these cases there is a “kidnapping of emotions”. ” When they are addicted, they become egocentric and think a lot about themselves, they are not empathetic with each other. Remorse disappears. In extreme cases the reality is blurred, it doesn’t even exist. It’s another,” this psychologist reveals.

In this sense they explain that in extreme cases they are not able to make a dissociation from what is the virtual world or everyday reality. Normally the profile of the people who commit these acts is that of a person who has difficulty socializing.

The arrest came on Friday night, after a neighbor gave notice to the emergency services and the mother’s sister came to the house, in a case that has caused a deep commotion in Elche, where the council has declared three days of mourning.