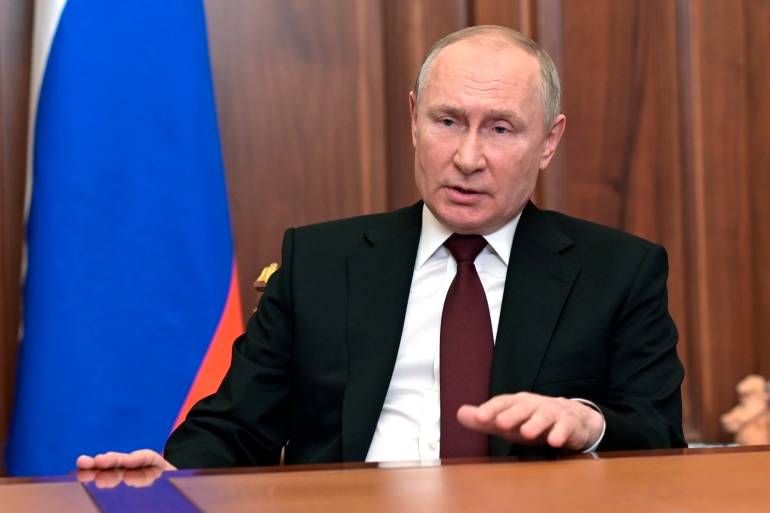 Russian President Vladimir Putin recognised the independence of the rebel republics of Donetsk and Luhansk in the Donbas region on Monday. Both territories are located in the eastern part of Ukraine, but are ruled by pro-Russian separatists.

The head of the Kremlin has issued this decision after the meeting of the Security Council of Russia. In his speech, he said that “modern Ukraine was a creation of Russia” and that it was “madness” that the national republics were allowed to leave the Russian Empire.

Putin has criticized that the Ukrainian authorities “do not recognize any other way out in Donbas than the military” and has demanded “stop the aggressions”. ” Otherwise, all responsibility will rest with the Kiev authorities”.

He also accused the Ukrainian government of stealing from Russia: “Before the pandemic we had less bilateral trade, but anyway they decided not to collaborate with us, but to take advantage of Russia. They were stealing our gas”.

In his message he also stressed that “Ukraine wants to drag foreign countries into a conflict with Russia”.

What are the consequences of recognition?

For the European Union, the recognition of these territories is a violation of Ukraine’s sovereignty and international law. Therefore, the president of the European Commission, Ursula von der Leyen, has confirmed that this movement will entail sanctions.

“The recognition of the two separatist territories in Ukraine is a flagrant violation of international law, the territorial integrity of Ukraine and the Minsk agreements. The EU and its partners will react with unity, firmness and determination in solidarity with Ukraine”.

During these last days the leaders of the separatists who control much of the Donbas region initiated mass evacuations of the population residing in the republics of Donetsk and Luhansk.

Denis Pushilin, leader of the pro-Russian separatists in Donetsk, warned that “when the enemy is bombing the republic, the life and health of our citizens is in danger”.

Ukraine has asked Russia to stop its “fake factory” and has denied that Kiev has plans to attack Donetsk and Luhansk.