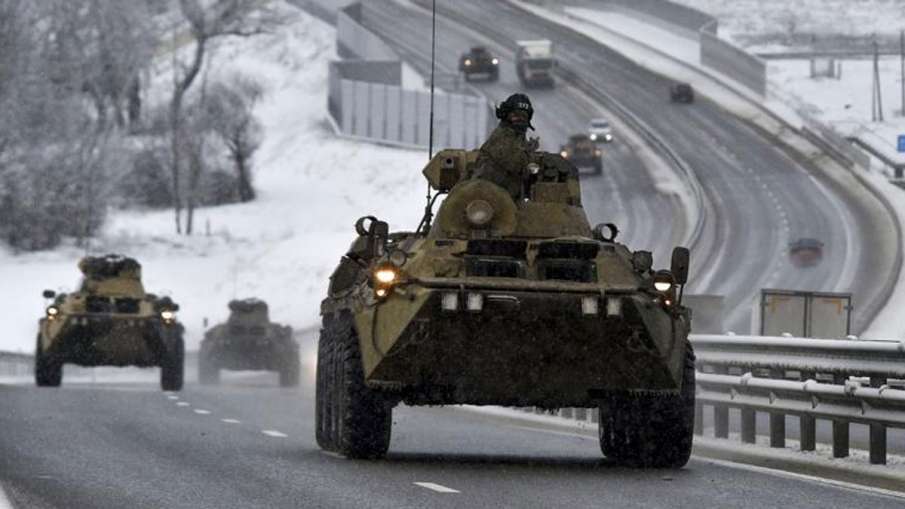 Several explosions have rocked different cities in Ukraine in recent hours. Russian troops have arrived in Kiev, Odessa and Kharkiv, thus initiating a military operation in the Donbas region” to, according to Vladimir Putin “bring to justice those who committed numerous bloody crimes against peaceful people, including Russian nationals”.

In this regard, the President of the Government of Spain, Pedro Sánchez, has condemned these attacks and warned that he will coordinate a response with European partners: “Spain condemns Russia’s aggression against Ukraine and stands in solidarity with the Ukrainian Government and people. I remain in close contact with our partners and allies in the European Union and NATO to coordinate our response”.

The second vice president, Yolanda Díaz, has also said that “Ukrainian citizens” are “victims of this irresponsible escalation”. ” I condemn this intolerable Russian aggression. Diplomacy and international law must prevail within the framework of the United Nations,” he replied.

The Government has also expressed its concern about the latest events Minister Ione Belarra: “Strong condemnation of the attacks launched by Russia this morning in Ukraine. War is never the way. We will defend international law and diplomatic channels within the framework of the United Nations to put an immediate end to this conflict,” he said.

For his part, the mayor of Madrid, José Luis Martínez-Almeida, has offered resources to host refugees: “The Madrid City Council offers all the resources at its disposal to host Ukrainian refugees victims of the Russian invasion”.

For the head of Foreign Affairs, José Manuel Albares this is “a flagrant violation of international law”.

“There have been missile attacks on several military installations in Kiev, Kharkov and Dnipro, a Russian landing party has landed in Odessa and Russian troops have crossed the border near Kharkov,” said the Ukrainian Interior Minister’s adviser, Anton Gerashchenko.

For his part, the Dutch foreign minister, Wopke Hoekstra, stressed that the Russian offensive against Ukraine is a violation of rights and an “act of war” for which Moscow “will pay a high price”.

In the same vein, the Biden Administration has regretted that Putin has started “a premeditated war that will cause catastrophic losses in lives and human suffering”.

He also said that “only Russia is responsible for the death and destruction that this attack will entail. The United States and its allies and partners will respond decisively. The world will hold Russia accountable”.

“Currently, there is movement of military equipment across the peninsula from the administrative border,” the Border Guard has detailed. In addition, thousands of Ukrainians are preparing to flee the country in the coming hours.

The country has confirmed at least 8 dead and a dozen wounded by the Russian invasion.