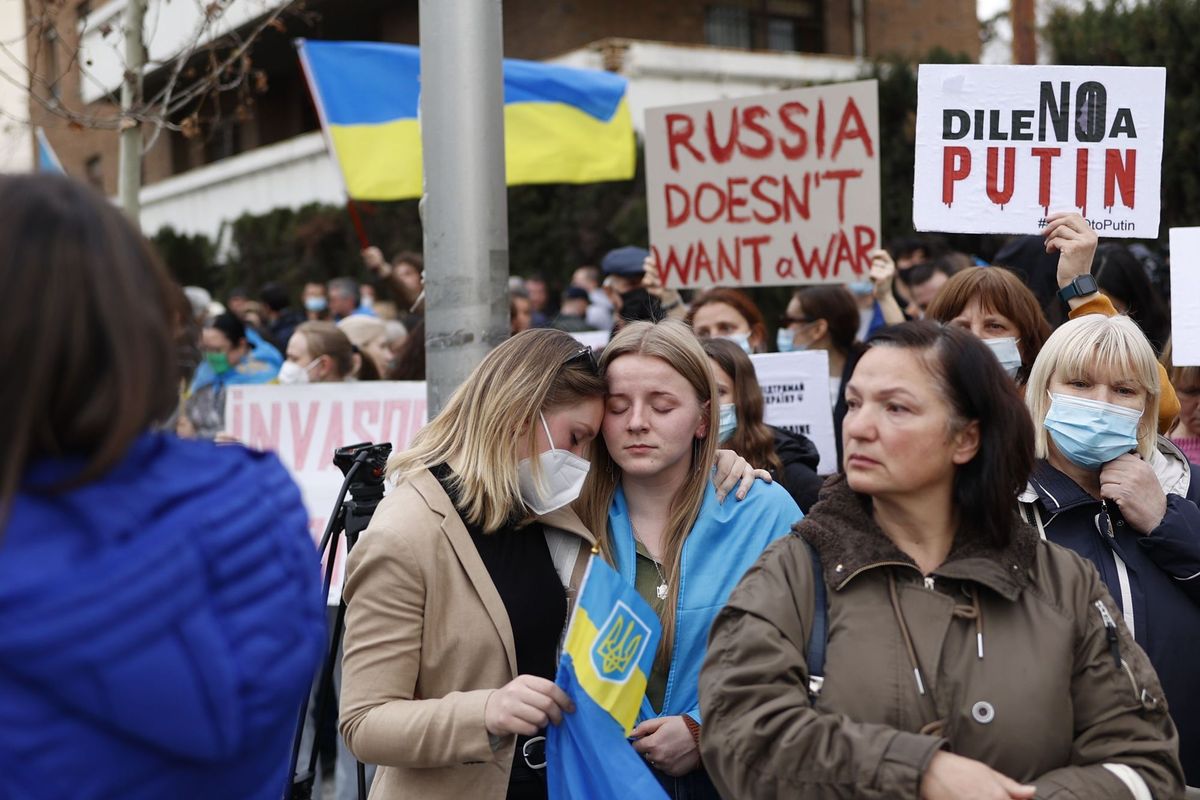 The world has come out to protest massively against Vladimir Putin and against the war in Ukraine. The demonstrations have taken place in thousands of cities in the West, but there have also been massive protests in Russia.

Mobilizations that so far have resulted in around 1,700 arrests by the Russian police and have been held in more than 40 cities in that country, in addition to other European capitals, including several Spanish.

While, on this second day of war, Russian troops continue their advance through Ukrainian territory, on a day marked by the encirclement of the country’s capital, Kiev, while the anti-aircraft defenses act, protests and condemnations against the war continue and the sanctions of the international community against Russia are multiplying.

Some sanctions that will go further as the Russian offensive continues, as the Spanish Foreign Minister, José Manuel Albares, explained.

The Deputy Minister of Defence of Ukraine, Hanna Malyar, warned today of the possibility of Russian soldiers entering areas on the outskirts of Kiev today. “The occupation of the enemy in Vorsel and surrounding villages is possible,” she wrote on her official Facebook page.

Vorzel is a town in the region of Ukraine, about 35 kilometers from the capital, where this morning powerful explosions were heard, which the adviser of the Ministry of the Interior, Anton Gerashchenko attributed to the fire of anti-aircraft batteries defending the city.

The anti-aircraft defense of Kiev, in fact, demolished tonight a Russian apparatus, which fell next to a building of houses of the city. The Ukrainian Army also reported that it has neutralized vehicles of the country’s Armed Forces that the Russian Army seized and with which they moved at high speed to the center of Kiev.