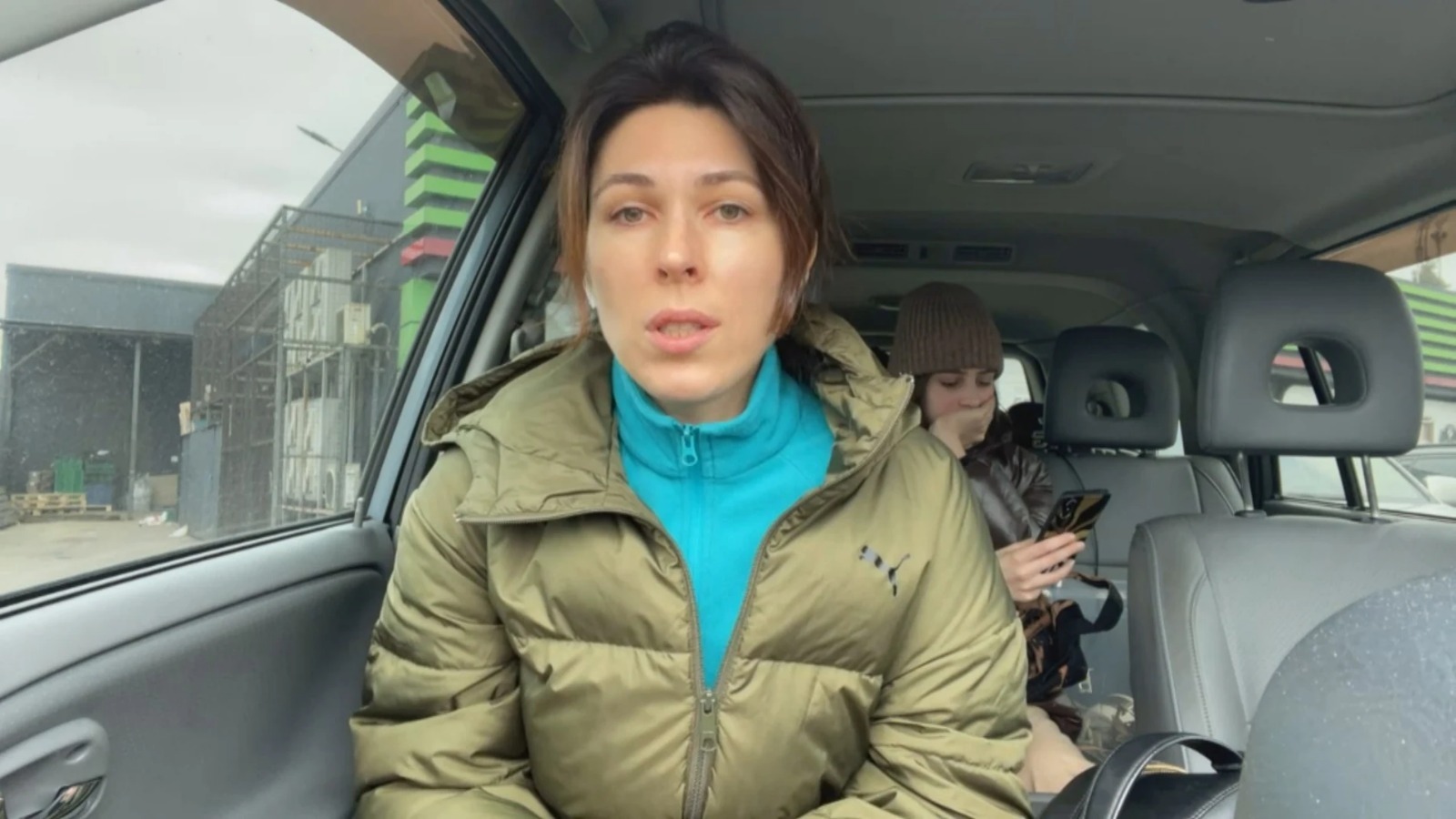 Natasha Ivzhenko lives in Hostomel, 10 kilometers from Kiev, and from this morning she tries to flee the city with her two children and her husband. She spoke to ‘Antena 3’ from the car, where she explained that the situation in the country is of “total war”. It is not “a military operation, as Vladimir Putin has described it”, she explains with a broken voice and taking advantage of a stop for her partner to get food.

With her children in the back seat of the car, Natasha points out that she is heading to her parents’ house, in a small village located in a country area, while her brother-in-law has decided to stay in Kiev to defend the capital with his life before the arrival of the Russians.

Russia’s attack is against the whole country, she explains. ” We live far from the declared independent republics, “she points out, “the situation in Hostomel is very dangerous, explosions, gunfire and helicopters have been heard all night”.

“More than 20 tanks have attacked the city and are heading to Kiev,” she says. ” The attack on Hostomel began yesterday, my brother-in-law is in Kiev defending his neighborhood from the advance of the Russian troops; he has stayed to protect the women and children who have not been able to escape”.

About the emotional state of her children, Natasha says she keeps in dialogue with them at all times. ” When they hear shots I tell them to keep calm, that our army protects us and that everything will end soon”.

Meanwhile, the Russian attack on Ukraine has already entered its second day, with raids from all sides and even explosions in Kiev, attributed from the Interior Ministry to anti-aircraft batteries, and the general mobilization decreed by the country’s president, Volodomir Zelenski.

In parallel, the international community decides new sanctions against the Russian Government, in order to strike and isolate the Russian economy, energy and trade.