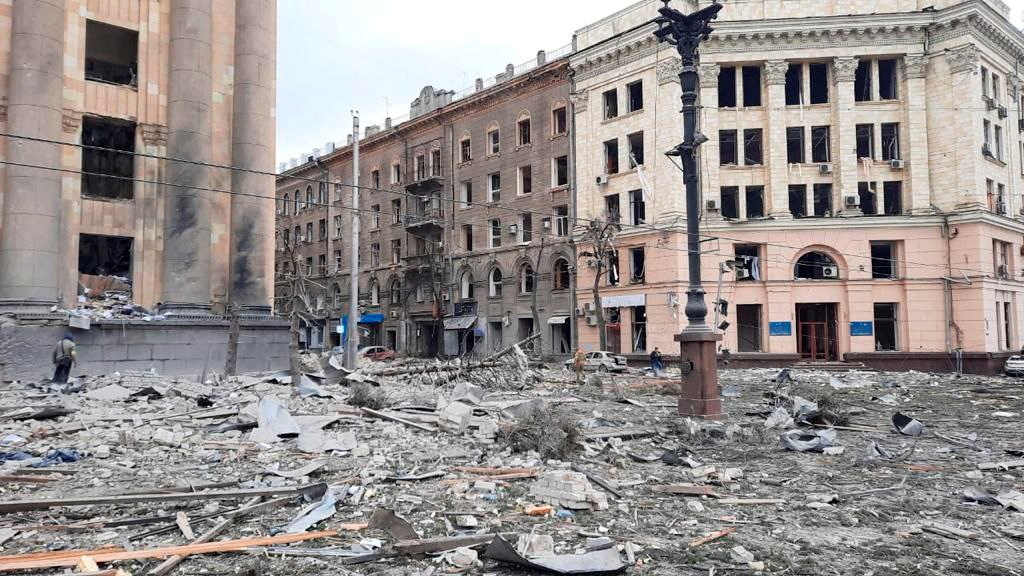 Russian military forces continue to intensify attacks in the civilian areas of large Ukrainian cities. On Tuesday night, Kharkov, the second most populous city in the country, suffered another major Russian offensive. The mayor, Igor Kolykhayev, has denounced that the struggle reaches the streets where continuous shots are heard.

Volodymir Zelensky, president of Ukraine, denounced on Tuesday that the main square of Kharkov was attacked and assured that “no one will forgive. No one will forget it. This attack on Kharkov is a war crime”. On the seventh day of the Russian invasion of Ukraine, the Kremlin has launched paratroopers to Kharkov as more Russian troops landed early in the morning in the city.

The images coming from the second most important city in Ukraine are discouraging, Russia intensifies its attacks. After the attacks on Tuesday night and early Wednesday morning, the Ukrainian government is talking about dozens of dead.

The city of Kharkov dawns this Wednesday with an intense Russian attack throughout the morning. Russian forces do not cease their efforts in their attacks on the large Ukrainian cities as they advance towards their number one goal, Kiev. A team of Russian paratroopers has landed in the city to further intensify the offensive.

A Russian bombardment has destroyed the Slovenian consulate in Kharkov. The Slovenian embassy in Ukraine and the Slovenian Foreign Ministry reported on Tuesday on their Twitter account that ” the consulate of the Republic of Slovenia in Kharkov was destroyed today in a Russian rocket attack. The honorary consul is well. This horrendous act will not remain without consequences”.

The Ukrainian Army also reports that a hospital in Kharkov is being attacked by Russians invading the city. ” Russian airborne troops landed in Kharkov and attacked a local hospital. There is an ongoing fight between the invaders and the Ukrainians,” the Ukrainian forces say in a Telegram statement.