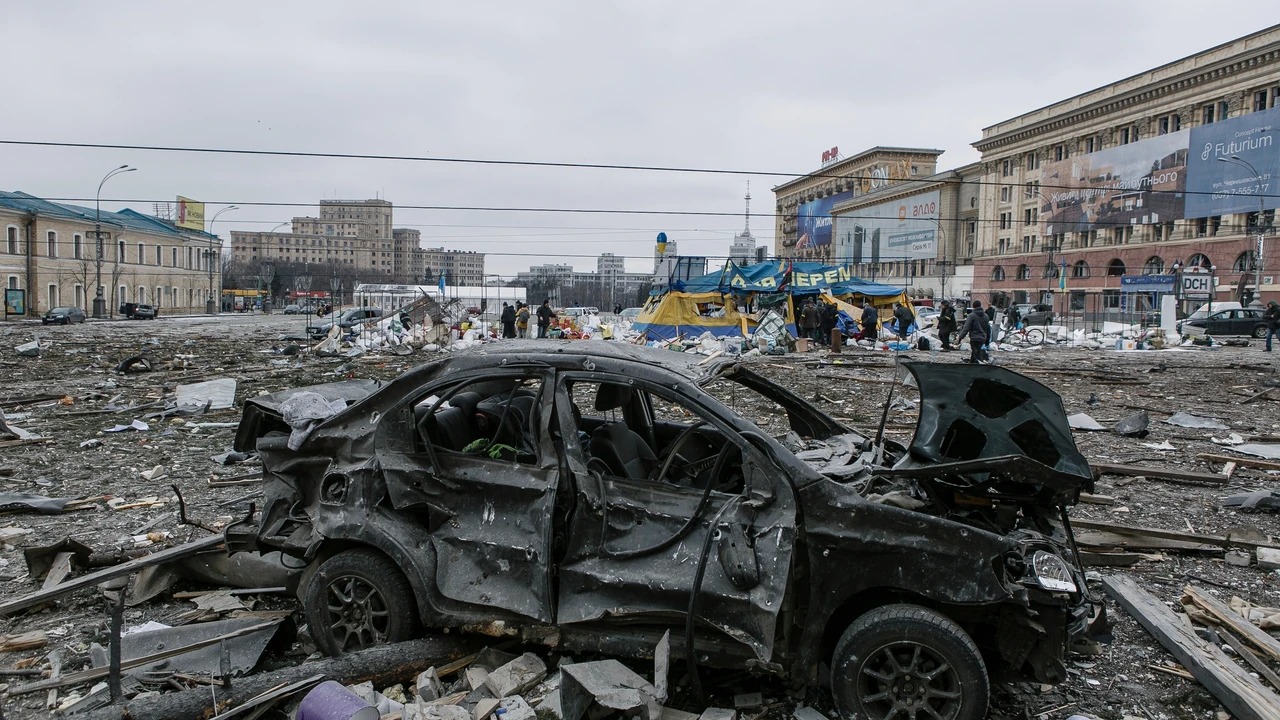 Russia’s bombing continues to leave very complicated scenes in Ukraine, Putin is fulfilling his threat. One of the places attacked was the communications tower and the Ukrainian authorities have released videos denouncing the attack. This tower is in one of the areas where the Nazis killed 30,000 Jews in World War II. Zelensky heard the news during an interview to which he replied “that’s Russia, congratulations”.

Today is the seventh day of war in Ukraine and it is expected that Putin will continue to intensify his attacks with the great aim of ending the resistance of Kiev although, the attacks become more intense in Kharkov where, as confirmed by the mayor, Russia’s troops have landed this morning in the city and have taken the railway station and the river port. Another attack has also taken place in the city of Bastanka in southern Ukraine.

Now, there is concern that the attacks in Kharkov, where several neighbourhoods have already been destroyed, will move to Kiev. It is insisted that the civilian population move away from strategic buildings so as not to be reached by the Russians. They are also concerned about air strikes.

The attack reportedly injured at least three people and the explosions took place in the centre of Kharkov, 1.5 kilometres from Freedom Square, which was previously bombed.