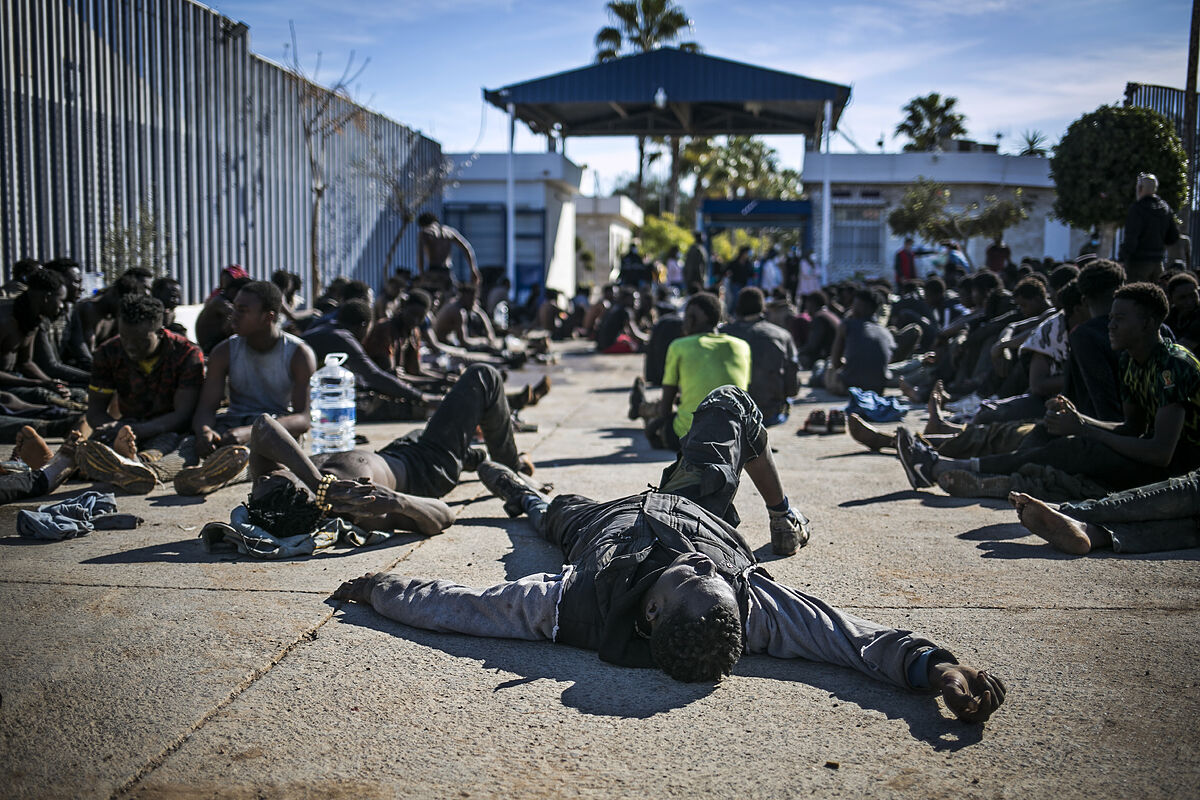 Authorities in Melilla report a second assault on the massive fence in less than 24 hours. Immigrants seek entry into Spain after the historic assault of 2,500 people last Wednesday. The migrants have deployed “extreme violence by throwing stones and using hooks and sticks against the security forces,” according to the delegation of the Melilla Government. Estimates indicate that around 350 have managed to enter the city.

At 06:00 this Thursday, the Guardia Civil Command has been able to see that around 1,200 sub-Saharan immigrants were approaching the fence, so the anti-intrusion device was activated. Around 07:25 hours, after overcoming the Moroccan authorities, the migrants have begun the jump of the fence in Melilla between the areas of Chinatown and Beni Enzar.

The officers of the Guardia Civil and National Police, with the collaboration of the Melilla Local Police, have assembled the anti-intrusion device. At the roadblock, the group was neutralized and prevented from entering the city.

The incident has turned into a violent assault on Thursday morning. Migrants have attacked security forces, leaving four Guardia Civil officers injured. The injured officers are being treated in the district hospital for minor injuries. The situation in the Melilla fence is controlled.

Many of the assailants have remained perched high above the fence in front of the imposing security device on both sides of the perimeter. Those who have managed to enter Melilla have rushed to the Temporary Stay Centre for Immigrants (CETI).