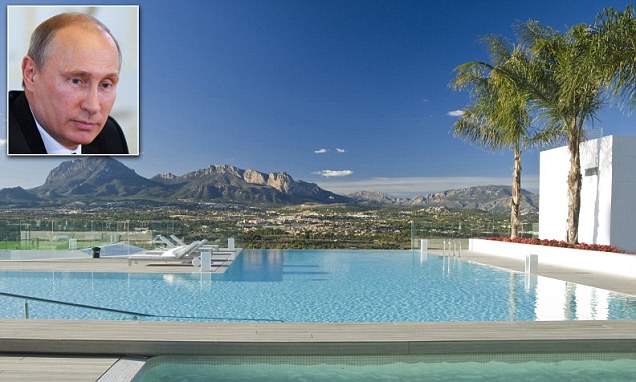 Altea is one of the most special places on the coast of Alicante. The city is one of the best known throughout the province for its stunning coastal views. The Costa Blanca for Russian tourists is one of the tourist destinations par excellence in Spain in recent decades. Even President Vladimir Putin, the person who has peace in his hands in Europe, has been seen on several occasions in Altea.

Vladimir Putin has his particular summer refuge in Spain. The president of Russia has spent several seasons in a luxurious urbanization in Altea. The president enjoyed views of the Mediterranean Sea and the mountains of Marina Baixa before orchestrating the outbreak of war in Ukraine.

Luxury villa real estate agent Alex Soviet confirmed on a television show in 2019 that Vladimir Putin visits Altea twice a year during the summer to disconnect from his duties in the Kremlin. Due to the high influx of Russian tourists in the coastal city of Alicante, Altea has the first Russian Orthodox church built in Spain.

The urbanization where the Russian president enjoys his holidays in Spain is called Altea Hills. The urbanization has surveillance 24 hours a day and is characterized by its discretion and the amount of luxuries available.

Altea has become one of the preferred destinations for Russians around the world. It is undoubtedly due above all to the favourable climatic conditions and the wide range of luxury tourism for the citizens. It is estimated that there are about 25,000 Russian citizens in the entire province of Alicante.