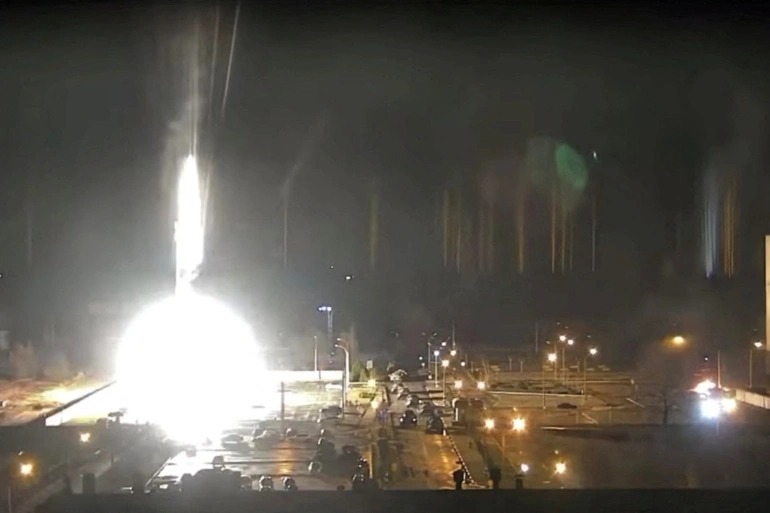 On the ninth day of the Russian invasion of Ukraine, the news that worries the world at the moment is that of the Russian attack on the Zaporoyia nuclear power plant, the largest power plant in Europe and the third in the world. The bombardments took place at 1 a.m., Spanish time, which resulted in the burning of one of its buildings which, fortunately, was suffocated by firefighters this Friday. The British Prime Minister has called an emergency meeting of the UN Security Council for the next few hours.

Following the incident, the State Emergency Service of Ukraine issued a reassuring message in which it says that the levels of radioactivity are within normal ranges and clarifies that the fire that occurred after the Russian attack affected a building outside the plant.

The president of Ukraine, Vlodomir Zelenski, has spoken after the bombings of the nuclear power plant saying that “for the first time in history of humanity, the terrorist State (Russia) has resorted to nuclear terrorism” in addition to warning that “if there is an explosion, it will be the end of everything, the end of Europe”.

The Ukrainian Energy Minister, Herman Galuschenko, denounced that Russian troops acted with tank, artillery and rocket fire against the Zaporoyia nuclear power plant “knowing the catastrophic consequences of their actions”.

As to whether there is a danger of radiation, the spokesman of the nuclear power plant, Andrii Tuz, explained that “the nuclear fuel is inside the atomic reactor. In addition, there is a nuclear fuel refueling and storage pool in the central room that also contains uranium and nuclear fuel assemblies,” he explained, alluding to the danger of the sealed roof breaking.

The Ukrainian Foreign Minister, Dmitro Kuleba, reported through a tweet that the radiation measurement at the plant “is currently normal”, although he pointed out that the Russian Army bombs it “from all sides”. ” If it explodes it will be ten times bigger (the catastrophe) than Chernobyl” in 1986, he explained.

“The Russians must cease fire immediately, allow access to firefighters and create a safety zone,” he added.