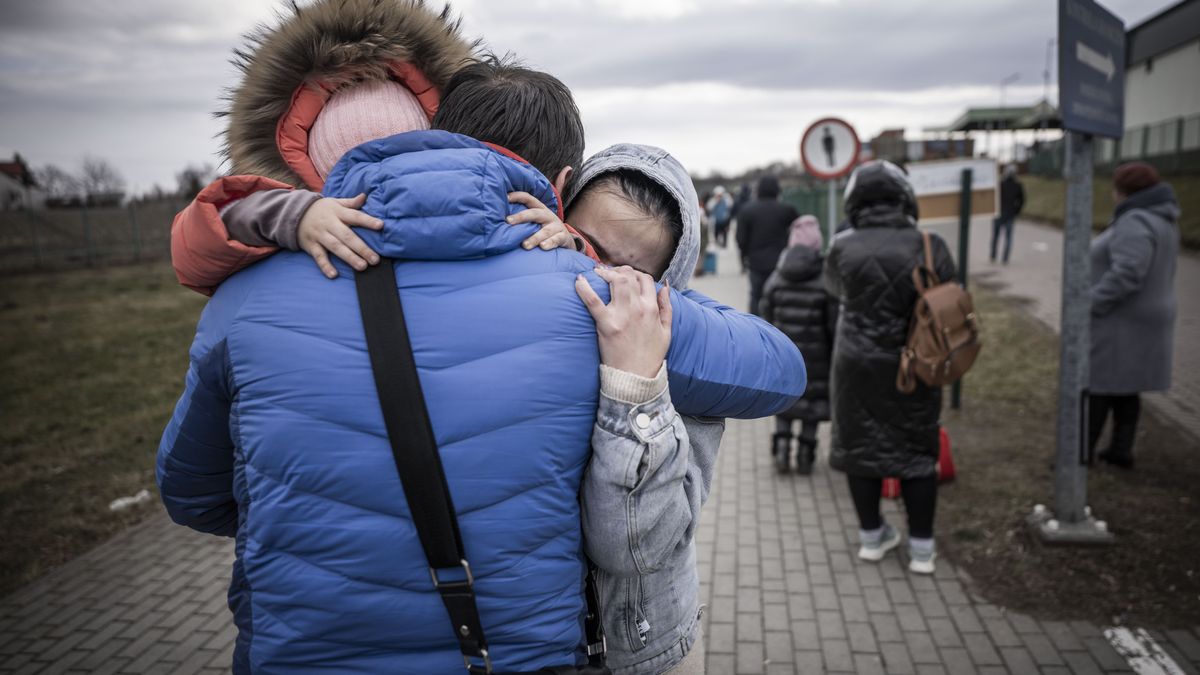 At 5:00 am on Monday, 44 Ukrainian refugees arrived in Valencia after two days of travel from their departure from the border with Poland last Friday. They have been welcomed by Valencian families amid hugs, tears and relief from having escaped the war in Ukraine.

The arrival has been orchestrated by the NGO ‘Juntos Por la Vida’. A total of 21 children were inside the bus. The 44 people form 11 different family units. The non-governmental organization has been working for years in the reception of Ukrainian minors.

The bus has arrived at the Faculty of Medicine of Valencia. ‘Juntos Por la Vida’ had installed a collection point where families have come to take care of the newcomers from Ukraine. In addition to applause and hugs, the Valencians have welcomed them with food and hot coffee.

The images of the arrival of the refugees are moving after several days of hard travel. Many have left friends and family behind to seek refuge from the horrible war after the Russian invasion. ” Ukrainian families started calling for us to get them out of there, “explains Jesús Rodríguez, vice president of ‘Juntos Por la Vida’. ” Today the second bus has just left and tomorrow the third one will arrive in Poland. it will load and return. And so we will continue”, he says.

Most refugees will be welcomed by Valencian families with whom they already have ties. This is the case of Artur, 11. He has rejoined his Spanish family. “Happy that Artur is finally home with us. Also his brothers, his aunt and his cousin who were able to come. So now he is resting and we’re taking care of him,” said his foster mother.

They arrive tired after traveling 3,000 kilometers, but hoping to return one day. “Tired, but happy to arrive. We think that everything will be fine in Ukraine, that the war will end and we will be able to return,” said Marina, another of the refugee girls who have arrived in Valencia. “I have left my father, my mother and my older brother behind,” explained the little girl.

Be the difference, BayRadio is in association with Vall de Pop Ukrania, we are setting up a Go Fund Me page that will go towards transportation out of Ukraine, shelter, food, clothing and other basic essentials, for more information click here.