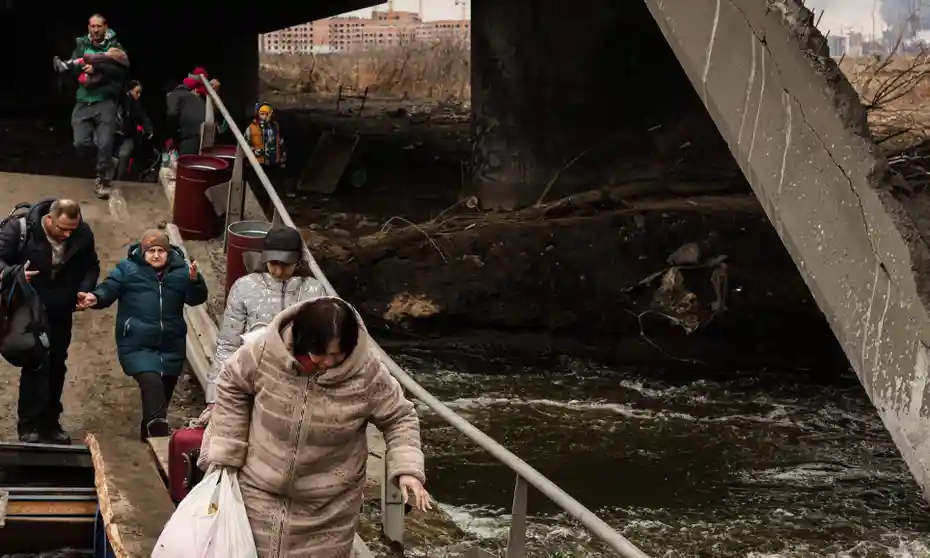 For the first time since the Russian attacks began the Ukrainian president, Zelensky, has sent a harsh message, “we will not forget, we will not forgive, we will punish all those who have committed atrocities in this war in our land. We will find all the ones who have fired on our cities, our people, who have bombed our land, who have launched rockets, who have given the order and pulled the trigger”. Moreover, he says that “there will be no quiet place on this earth for you except the grave”.

It is now the twelfth day of war in Ukraine and the situation is complicated as the bombings continue. According to the Russian armed forces, a corridor will be opened from Kiev, through the cities of Gostomel, to Chernobyl and the Belarusian towns of Gden and Gomel. The displaced people will then be handed over by air to the Russian Federation.

The departure will be made by two routes from Mariupol, the first route is from Mariupol to Rostov-on-Don, in Russia, then continue by air, train and road transport to selected destinations or to temporary accommodation points. The second route would be from Mariupol to Mangush, in the Donetsk basin. The Kharkov route would reach Belgorod, in the Russian Federation, to reach the refugees by air, train or road transport to destinations and two routes from Sumi: the first to Belgorod and the second to Poltava.

The Government of Ukraine had asked the ICRC to ensure that the humanitarian corridors it had agreed with Russia to remove the citizens of Mariúpol and Volnovaja were operational, but the ICRC has explained that the problem lies in the absence of a detailed agreement on how these corridors should operate because an agreement in principle is not enough.