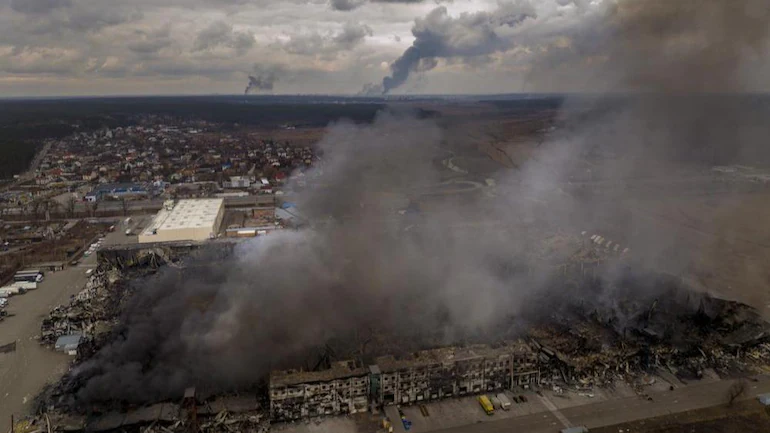 It is the thirteenth day of war in Ukraine and the images that arrive continue to be bleak, the last are those of the attack during this early morning the city of Sumy that has left 21 dead and wounded, a child among them.

The first reports to arrive after the Russian attack on the city of Sumy are those of streets, houses or shops completely destroyed and of 21 dead and wounded, with a child among them. Sumy is one of the cities that Russia yesterday included in its ceasefire to create humanitarian corridors.

Russia has continued its military offensive in the north, south and east of Ukraine, but the General Command of the Ukrainian Armed Forces has pointed out that “the pace of progress has slowed” in the first part of this thirteenth day of the war in Ukraine.

“The opponent continues the offensive operation but the pace of advance of his troops has slowed significantly,” he wrote in his official Facebook account adding that “Ukrainian forces continue to conduct a defense operation within the South, East and North operational zones”.

The General Command of the Armed Forces makes reference with these announcements, above all, to the defense of Chernigov in the direction of Seversky, of Kiev in the outskirts, Sumy and to the suburbs of Mykolaiv, located between Kherson and the port city of Odessa.

In addition, he added that in other areas a “stabilization operation” is being developed. In the provinces of Kharkov, to the east, Sumy, Chernigov and Kiev, there are burglaries and violence against local residents, house seizures and the use of agricultural hangars to park military equipment, as reported by the General Command of the Armed Forces.